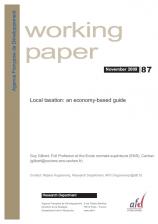 , especially in the developing countries (DC). Although an economist‘s rigorous reply to questions of local taxation is neither simple nor final, an analytical tour of local finances has never been as useful as it is today. In a globalised world, where all economies are open to the rest of the planet, all
Evaluation document
Downloaded 1314 times 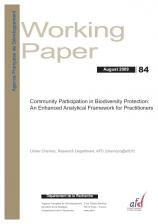 This paper presents an enhanced analytical framework to project designers and evaluators for reinforcing their analysis of initiatives based on "community participation"-with a special focus on projects involving biodiversity protection. The paper tries to compensate for the typical lack of
Research document
Downloaded 13788 times 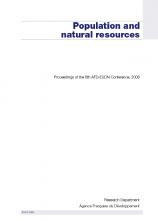 The theme of the environment and its management in view of the sustainability of living standards has today taken on paramount importance. This renewed interest has been spurred by a series of recent and worrying developments, particularly the rise in world food prices, the volatility of