Biodiversity
Near and Middle East Turkey 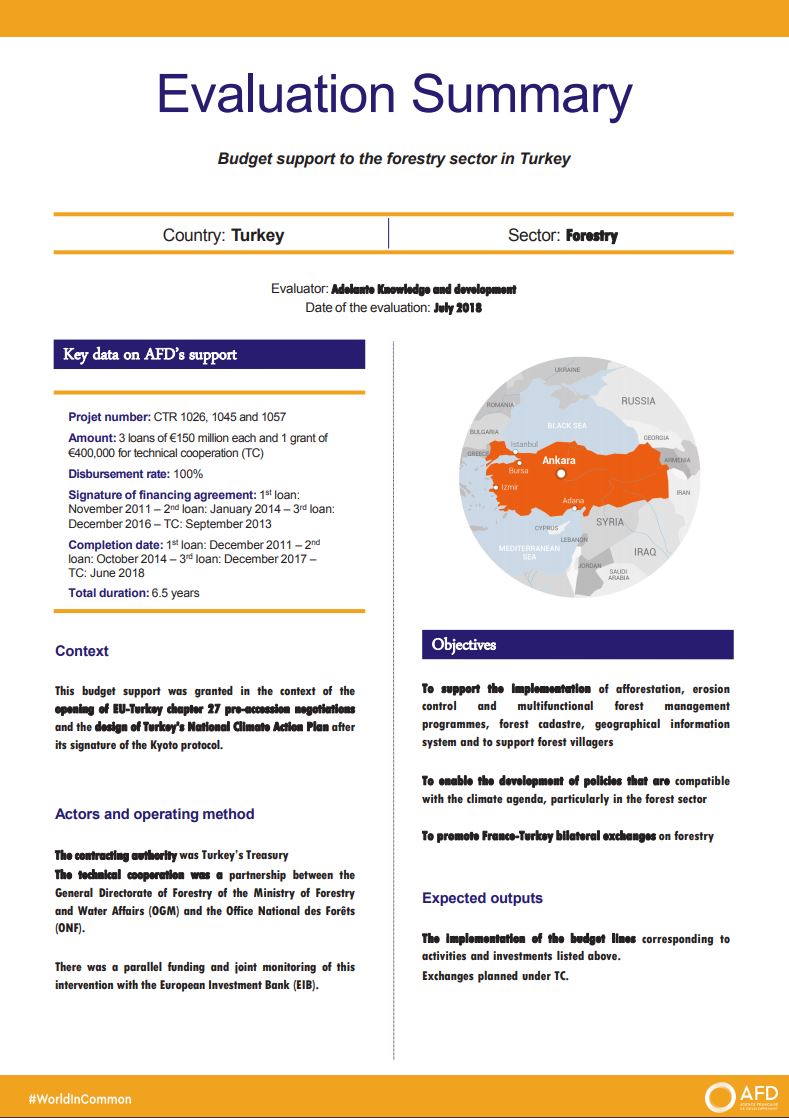 In Turkey, the budget support to the forestry sector was subject to an evaluation in July 2018.

The budget support was granted in the context of the opening of chapter 27 of the pre-accession negotiations between the European Union and Turkey. The design of Turkey’s National Climate Action Plan was in the making after the country signed the Kyoto protocol.

The evaluation noted that two out of the three components of the programme lacked relevance as regards the objectives. These two components, funding and policy dialogue, suffered from a lack of clarity regarding the budget support itself and the objectives to be reached. A last minute change of course was not thought through and contributed to a lack of effectiveness of the programmes. The third component, the technical partnership, was however most flexible and effective: it provided new know-how, skills and tools and helped better coordinate the intra and inter forestry sector.