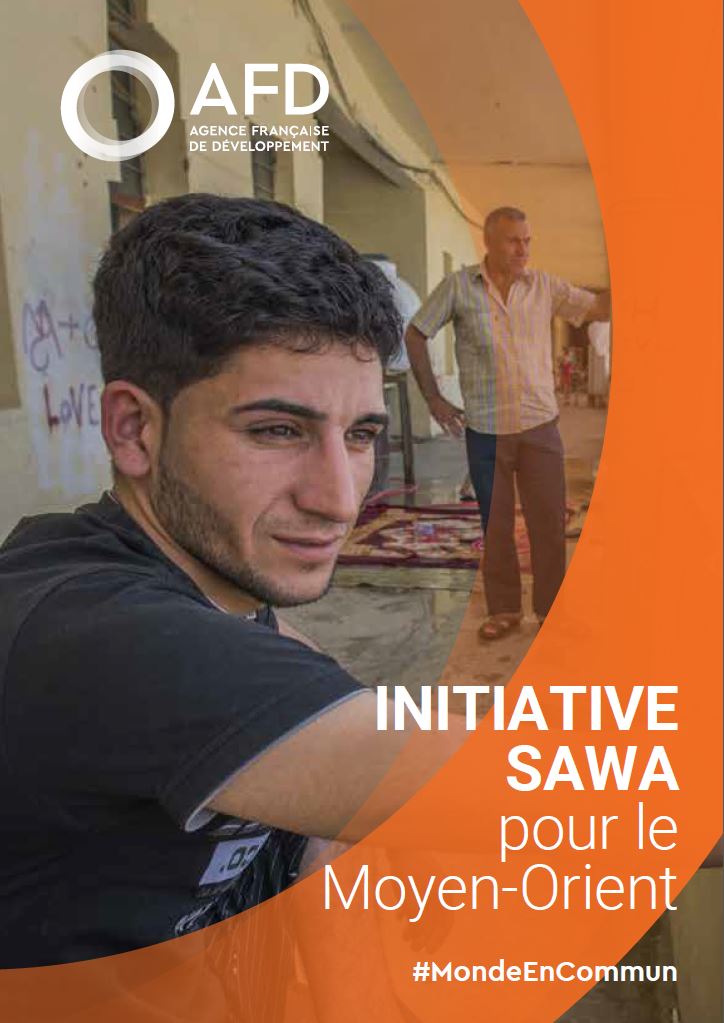 Institutional document
Respond to people's immediate and essential needs and to place AFD interventions into a perspective of development.
The major aim of this action by AFD and its partners is to improve living conditions among both refugees and host populations, in the neighboring countries of Syria and Iraq. This involves optimizing those people’s access to essential services (water, electricity, health care, waste management, etc.), as well as rehabilitating and building infrastructures, especially in rural areas, which have been especially affected.

Preserve the social cohesion between the refugees and the host communities.
AFD and its partners act in favor of vulnerable populations, without distinction between host communities and refugees. The objective? To strengthen social cohesion by promoting the economic and social inclusion of all. For example, the education and vocational training actions contribute to the social and economic empowerment of not only refugees, but also of the most underprivileged Lebanese and Jordanians. It thereby contributes to the social
cohesion between communities.

Strengthen the actors of civil society and public policies.
To improve the effectiveness of projects, and to ensure their sustainability, AFD strives to strengthen local actors. For example, it contributes to funding and providing support for civil society organizations, which as the first links in the local solidarity chain provide grassroots services to communities. At the same time, AFD supports the policies implemented by national and local institutions, and it encourages the dialog processes between these different actors.

Increase cooperation among local, French, European, and international actors.
The scale of the crisis and the responses formulated by the countries of the region require the international community to support their efforts. The implementation of Sawa is part of the continued commitments in donations by the French government since 2013 in favor of the countries of the region. To increase the leverage effects, AFD will seek as much as possible to develop its action along with other donors, especially the European Union.
pdf : 2.2 MB
available also in : fr en
download
2.2 MB (pdf)
downloaded 78 times