Strategy - Vulnerabilities to crises and resilience 2017-2021 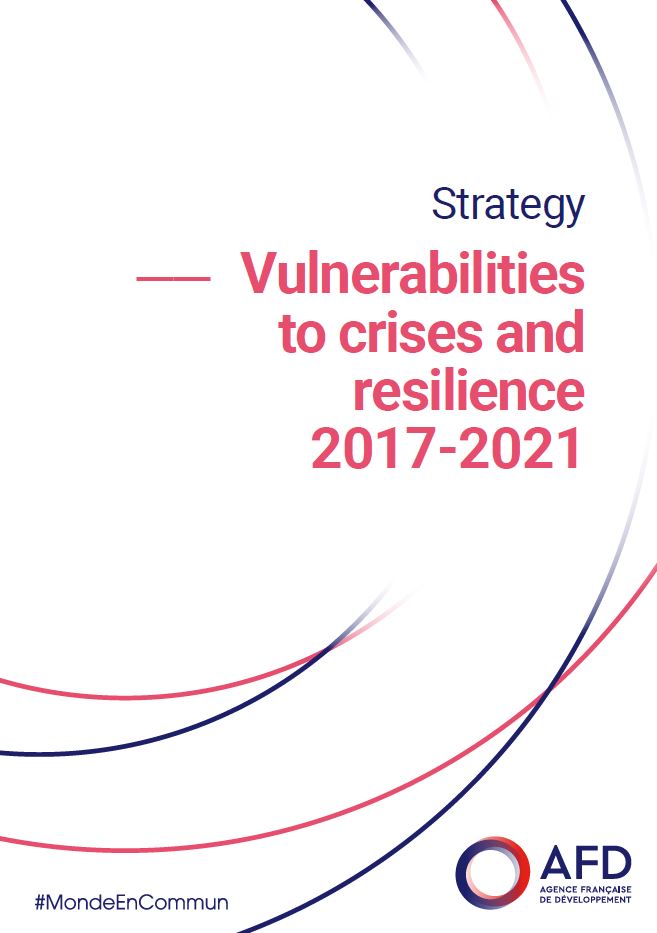 AFD’s motto, « A word in common », illustrates the interdependence of women and men who share the same space and destiny. Crises – whether relating to security, politics, health, food, economics, social, environmental issues – are increasingly intertwined and less and less confined to a single territory or country. If poorly managed, they threaten the achievements and development prospects of our partners. Achieving the Sustainable Development Goals therefore requires collective mobilization of efforts around this shared challenge.

As a result of its historical and geographical ties with Africa, the Mediterranean and the Caribbean, France is particularly exposed to the impacts of crises in certain transition territories. Our fellow-citizens expect the State to give itself the means to act on the effects of crises, but also their root causes. Thus solidarity with the most vulnerable populations and France’s interest come together in the work of building the capacities of the most fragile and vulnerable populations to help prevent and cope with shocks.

These three characteristics explain why entire regions are trapped in protracted crises, and why humanitarian or military responses are no longer able to resolve, or even curb, them. The actors of development must provide a relay to these short-term responses so as to have a long term action on the economic, social, institutional and political levers. Faced with that reality, AFD’s counterparts are redirecting their strategies towards reducing the fragilities that make the crisis more likely, strengthening the resilience of states and societies to shocks as well as the management of territories vulnerable to crises. Indeed without decisive action, extreme poverty, violence, hot sports of forced displacement of population, and governance crises will concentrate in those areas tomorrow.