The visit to France of the President of the Republic of Kenya, H.E. Mr. Uhuru Kenyatta on October 2, was the occasion to sign four financing agreements in support to Health emergency response, Opening up of Rural areas, Public Transport and Access to Water and Sanitation for Kenya.

The Agreements were signed by Mr. Ukur Yatani, Cabinet Secretary for the National Treasury of the Government of Kenya, Mr. Rémy Rioux, the Agence Française de Développement (AFD) CEO and Mr. Grégoire Chauvière Le Drian, Head of the European Investment Bank Group Office in France, for one particular agreement. A representative of the European Union also a co-financier of two of the projects, as well as French Minister Delegate in charge of Foreign Trade and Attractiveness, Mr. Franck Riester , witnessed the signing ceremony.

The agreements, to a total tune of EUR 142M, are aligned with the Kenyan Vision 2030 and will be targeting the enablers of its “Big Four” agenda.

The first agreement consists in a EUR 30 million concessional loan, in support to Kenya’s emergency response to the Covid-19 pandemic. It will be directed on specific Health budget lines, in order to 1) support Kenyan National Referral Services in provision and maintenance of equipment for patients’ treatment and 2) strengthen the disease surveillance and control, especially in counties and by improving testing capacities.

AFD has been standing alongside Kenya since 2018 to support the implementation of Public Finance Management Reforms, by improving the access to resources and addressing key expenditures to meet its development Agenda. This top-up on the existing public finance Credit Facility Agreement confirms France’s commitment in accompanying Kenya on a sustainable public finance management path, by ensuring quick access to concessional resources in this stressed period.

This support against Covid-19 is part of the broader #TeamEurope response, which is the tangible expression of the European Union Member States solidarity to help partner countries deal with the Covid crisis. In that respect, France launched a EUR 1.2 billion initiative in response to the worldwide public health crisis caused by the global pandemics: “Health in Common”, to which this project contributes.

Opening up of rural areas

The second agreement includes a grant of EUR 30 million, delegated to AFD by the European Union, blended with an AFD concessional loan of EUR 60M. The financing is aimed at upgrading rural roads in six Arid and Semi-Arid Land (ASAL) Counties - notably Isiolo, Laikipia, Marsabit, Meru, Samburu and Tharaka-Nithi - ensuring access to markets and key social and economic infrastructure.

AFD has been financing the rural roads sector in Kenya since 2002. In continuity, the new ASAL project will be implemented by the Kenya Rural Roads Authority (KeRRA). The roads will be upgraded using labour-based methods, thus creating employment and will also be designed to be climate proofed to increase resilience to climate shocks such as flooding and drought. The project has an important component for capacity building of local contractors, consultants, KeRRA personnel and County officers in charge of roads.

The project will expand the water and sanitation distribution network in the third biggest city of Kenya, Kisumu, including to informal settlements and expansion to satellite towns. Additionally, there will be a water quality monitoring component for Lake Victoria. The project will be implemented by the Lake Victoria South Water Works Development Agency (LVSWWDA).

The fourth agreement is for a EUR 1.5 million grant aimed at financing a comprehensive technical assistance for improvement of Nairobi’s public transport.

It will support  1) Kenya Railways Corporation for the implementation of the Commuter Rail Master Plan, thus complementing the proposed infrastructure financing by the French Treasury (commuter rail link from the airport to Nairobi’s central railway station) ; 2) an integrated planning of urban mobility and support for a Bus Rapid Transit project implementation; 3) coordination and capacity building of the Nairobi Metropolitan Area Transport Authority (NAMATA) in partnership with a French public institution (CODATU) with the same mandate.

“As a long-term partner of the Kenyan government and one of its main bilateral financiers, the AFD Group is proud to provide a comprehensive set of financial and technical instruments to assist the country in combating the health challenges raised by the Covid-19 pandemic as part of a Team Europe effort, and to simultaneously put into gear infrastructure projects that will benefit the population of Kenya in the long-run so as to build a coherent response for a sustainable recovery from the crisis,” AFD CEO Rémy Rioux said. 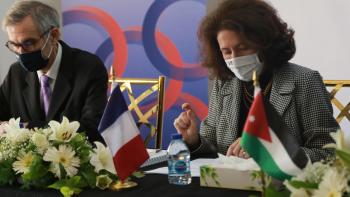 Finance in Common Summit – $150 million for family farming in Angola