© Cecile Begard / AFD
A letter of intent was signed between the Istanbul Metropolitan Municipality (IMM) and Agence Française de Développement (AFD) on June 23rd for a 93 million-euro loan to support the final phase of the tramway line along the Golden Horn, in Istanbul’s historical heart.

Consul General Gauvin expressed his delight regarding the opportunity for France to support a project of this nature with significant social and environmental benefits, which will eventually adorn the heart of the city and provide Turkey with the cutting-edge expertise of French companies.  Pointing out that Istanbul is the largest beneficiary of AFD's funds after the Turkish state, Jean-Pierre Marcelli said: “As part of its support for decentralization, AFD supports the financial autonomy of cities. AFD has financed five transportation projects of the Istanbul Metropolitan Municipality with a total amount of €450 million so far. This financial partnership is accompanied by exemplary collaboration between our teams. AFD is also ready to cooperate with IMM to find a solution to the mucilage crisis in the Marmara Sea.”

A project with social and environmental benefits

After the inauguration of the first part of the line in January 2021, this funding will allow the construction of the Cibali-Eminönü section, which consists of 2 stations and 1.1 kilometers of tracks. This section is planned in conjunction with the reconstruction of Unkapanı interchange and the Eminönü Square rearrangement project.

Mayor Ekrem İmamoğlu announced that the Municipality plans to open the rest of the line in December 2022, and highlighted the social and environmental impacts of the project: “When the line is fully completed, around 150,000 people living in areas around the line will have easier access to sustainable transportation network,” said İmamoğlu. “The project will serve 80,000 people daily, and will reduce 11,500 tons of CO2 emissions every year for the next 30 years. We also expect this line to make it easier for women to commute, and help combat gender inequality by providing a safe, high quality and accessible means of transport.”

“After the extension of the line to Eminönü is complete,” he continued, “combined with the attraction created by the Haliç landscaping project, we foresee that the line will become an important tourism axis and help increase the quality of life in the entire region. I would like to thank AFD for their cooperation.” 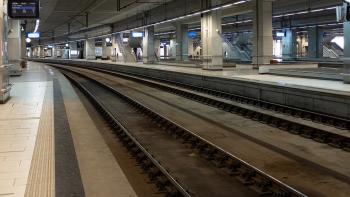 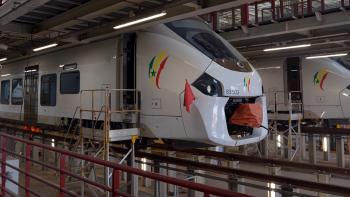 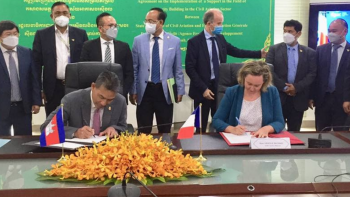