Rugby, A Key Role to Play in the Sustainable Development Goals

@ AFD
Promoting the values and playing of rugby is a central pillar of AFD’s strategy to forge links between development and sport. To mark the 2023 Rugby World Cup, which will be held in France, the Chief Executive Officer of Agence Française de Développement Group and Rugby Africa have launched the “Rugby and Development” call for projects.

Improved self-confidence, as well as a sense of ambition, assertiveness and team spirit are just some of the benefits of team sports, and more specifically rugby. For this reason, AFD has been building a development approach through sport over the last 20 years, and rugby holds a special place within this strategy. This link is set to be consolidated via a partnership related to the organization of the 2023 Rugby World Cup in France, between Agence Française de Développement Group and the Rugby Africa association. This partnership was set up under the auspices of the competition’s organizing committee, France 2023.

With this international sporting competition being held in France, it is a unique opportunity to promote rugby both nationally and internationally. France 2023 is already leading the way in this effort by supporting initiatives to promote and establish this event, through its “Rugby at Heart” Endowment Fund, launched in March 2019. This fund has been used to support more than 80 projects, led by players who are part of the French rugby community, and will focus on themes including education, disability/health and equal opportunities. It will also help finance a localized approach toward the World Cup, in association with local stakeholders.

Launching a call for Projects on “Rugby and Development”

The promotion of rugby and its inherent values reflects AFD Group’s commitment to work toward the Sustainable Development Goals (SDGs). The aim is to capitalize on the potential for transmitting values and knowledge through the practice of this sport, by highlighting the benefits in all areas of development, and by reaching a large number of individuals, particularly young people and women. To honor the partnership with Rugby Africa and this long-term commitment, AFD Chief Executive Officer Rémy Rioux was in the stands to watch the final of the Africa Zone qualifying tournament on Sunday 10 July in Aix-en-Provence.

It was an opportunity for AFD Group to announce the launch of “Rugby and Development”. This call for projects, led by AFD and Rugby Africa, is aligned with France 2023’s goal to leave a lasting legacy The World Cup organizer is already supporting national “Rugby and Development” initiatives with the call for projects launched via “Rugby at Heart". AFD will also be supporting projects led by African associations and federations that make a contribution to sustainable development in Africa.

This sports-oriented strategy fits in with Emmanuel Macron’s speech at the University of Ouagadougou in November 2017, and the New Africa-France Summit held on October 8, 2021 in Montpellier. The objective is to scale up initiatives aimed at African youth and transform the relationship between Africa and France for the long term, by strengthening bilateral ties through sport. To this end, AFD is already providing 8 project leaders with funding totaling over €450,000.

Working in Burkina Faso on the Rugbynafaso project, and in Madagascar and Togo on the ALAFIA project, the “Terre en mêlées” organization focuses on youth training, by using rugby as a tool for personal and social development, as well as education in gender equality. In Cameroon and Mali, the Serge Betsen Academy supports players from the very youngest up to university age, and facilitates the creation of female and mixed academies in what is still a highly male-dominated environment.

In Kenya, the “A Human Rainbow” association targets young people living in slums through its “Engage Yourself!” program. For two years, in Cape Town, South Africa, the “School of Hard Knocks” has been supporting these young people as part of the program for “Improving access to community mental services for hard-to-reach young people”. In Côte d'Ivoire, the Ivorian Rugby Federation is piloting a scheme to raise health awareness through rugby playing, having established rugby tournaments in 12 target communes. Tournaments have also been developed to promote training and professional reintegration, as part of the project led by the Visions Mêlées association. 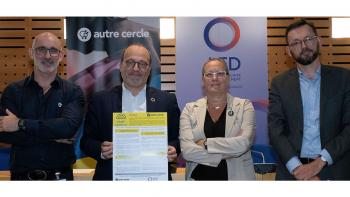