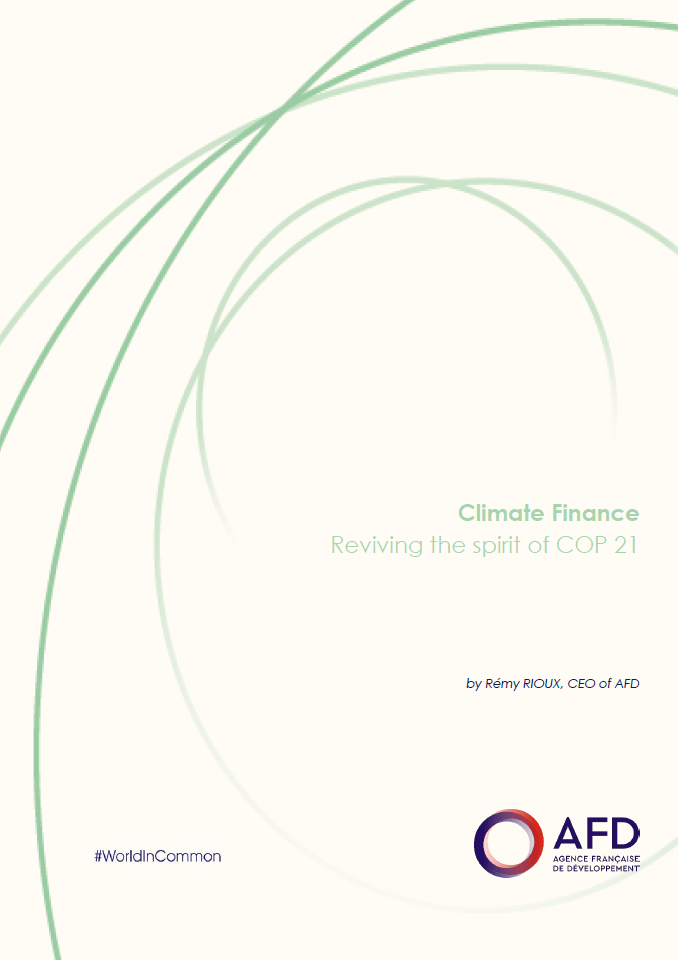 Three years after COP21, as we witness on a daily basis the devastating effects of climate change and the urgent need to increase ambition, climate finance issues come back strongly at the surface, within the negotiations and as a test of our collective will to implement the commitments set in Paris.

Are we increasing climate finance and reorienting financial systems rapidly enough to sustain the ambition to keep the temperature increase below 1,5-2 degrees and to facilitate adaptation ? This pressing challenge will be again on top of the agenda this autumn at the Global Climate Action Summit (GCAS) in San Francisco, at the One Planet Summit (OPS) during UNGA in New York late September, at the invitation of President Emmanuel Macron, in Bali during the IMF-WB annual Meetings, then at COP24 in Katowice.

In this note, Rémy Rioux, negotiator for France in 2015 and current CEO of AFD, shares his view of the negotiations which led to the Paris Agreement and the key points to reinforce climate finance.