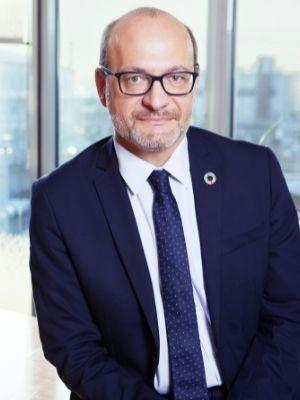 An expert in economics and international financial institutions, Rémy Rioux has held high-level positions in a career devoted to development and Africa. After serving as chief of staff of the French Economy and Finance Minister Pierre Moscovici, he was appointed by Laurent Fabius Deputy General Secretary of the Ministry for Foreign Affairs and International Development, and coordinated the finance agenda for the French presidency of COP21.

In 2016, Rémy Rioux became CEO of Agence Française de Développement (AFD), a role whose mandate has expanded and its resources increased. He was reappointed by President Macron in 2019. In 2017, he also became Chairman of the International Development Finance Club (IDFC) – the leading group of 26 national and regional development banks and a large provider of development and climate finance globally.

In November 2020, Rémy Rioux hosted the Finance in Common Summit in Paris gathering, for the first time ever, the 450 public development banks of the world, which now form a global coalition to collectively shift their strategies, investment patterns, activities and operating modalities to contribute to the achievement of the Sustainable Development Goals (SDGs) and the objectives of the Paris Agreement.