Wind turbines in New Caledonia © Marc Le Chélard / AFD
Perhaps more than anything else, three things drive the economies of French overseas territories in helping them adopt a more sustainable model: energy transitions, agricultural reforms and sustainable socioeconomic development. All three are among the themes highlighted in the Sustainable Development Goals (SDGs).

Last month’s 7th AFD-Cerom French Overseas Territories Conference in Paris and online focused on how to move beyond the economic growth of the territories and their convergence with mainland France, to achieving green and just sustainable development.

Panelists discussed the need to broaden our concept and measures of growth, so that we are no longer limited to models based only on human and physical capital (such as machinery), to include holistic models that value natural capital and the state of our natural environment.

To establish appropriate public preservation policies, decision-makers need to find tools that provide an accurate picture of the state of natural capital. This means finding economic indicators that provide information that is more relevant and subtle, than Gross Domestic Product (GDP) alone.

These indicators, which are still experimental, do not replace GDP and disposable income, which remain key components in assessing French overseas territories and mainland France. However, they complement them and help policy makers identify growth that does not consider environmental consequences and people’s well-being. What remains to be determined is how this growing awareness can translate into more robust policies that improve biodiversity protection.

Given the high cost of importing energy, renewable energies offer an attractive alternative, especially since certain renewable energy sectors, such as bagasse and ethanol in Réunion, could create numerous jobs.

Although several scenarios are possible depending on the territory, the answers to these issues require clear political and economic choices. The goal is to mobilize local resources as much as possible, maximize the economic benefits and control the development of demand to achieve greater economic sobriety.

Food self-sufficiency for French overseas territories is another target for 2030, which will require a search for new agriculture and food development models.

These developments must be considered from two angles:

Identifying economic opportunities and jobs of the future

The economies of French overseas territories must be diversified in order to pursue a sustainable development approach, as demonstrated by a study on New Caledonia.

This diversification could create considerable employment benefits, in the midst of anticipated development by 2050. But the question that will remain is how to match training with jobs, particularly in the green economy sector.

Watch the AFD-Cerom conference: French overseas territories in transition: challenges and visions for the future (in French) 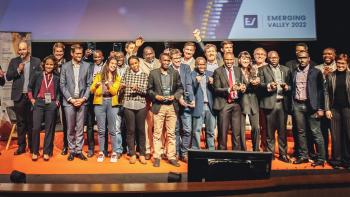 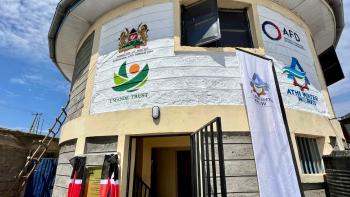