© Paul Kabre / AFD
As part of our series on “Shared Innovation”, AFD is highlighting innovative programs created or developed in our partner countries.

Even before the coronavirus pandemic reached the continent, Africa has long had to deal with another potentially deadly disease. Malaria affects and kills more people in Africa than anywhere else in the world. The latest attempt to rein in the disease is bearing fruit. Two young entrepreneurs in Burkina Faso have developed a low-cost ointment, which contains both moisturizing and mosquito-repellent properties.

The product – currently awaiting WHO approval – is an example of how sometimes “low-tech” scientific innovations can save lives.

Read other reports in our series: “Shared Innovation”

Could a simple soap “save 100,000 lives?” In 2013, Moctar Dembélé and Gérard Niyondiko, two students from the International Institute for Water and the Environment (2iE) in Ouagadougou, Burkina Faso, set out on this ambitious project. It all started for these two trained engineers with a simple but astonishing observation at the time: although there had been a significant reduction in the number of malaria-related deaths since the 2000s, the number of infections continues to rise.

According to the World Health Organization’s 2019 World malaria report, “malaria afflicted 228 million people and killed an estimated 405 000, mostly in sub-Saharan Africa,” in 2018 alone.

There are already a number of preventive products on the market, such as mosquito nets and repellents. But the majority are not affordable for the most vulnerable. The two students set themselves the goal of developing a simple and cheap alternative, accessible to everyone. They added a molecular ingredient to soap, an everyday product, that would repel mosquitoes. And so Faso Soap, the first anti-malaria soap with long-lasting effects, was born.

A product designed for daily use

However, the prototype designed by the two students did not stand up to the first round of laboratory testing. Undeterred, in 2017, Gérard Niyondiko, with the help of his new assistant, Franck Langevin, conducted a wide-ranging research project involving Burkinabe mothers, in order to find out more about their personal hygiene habits.

The two researchers discovered that ointment is applied to 80 % of Burkinabe children every evening before going to bed. In order to align their product as closely as possible with the daily habits of families in Burkina Faso, they decided to transform their soap into an ointment, and renamed it Maïa. This new solution offers two benefits: not only does it have deep moisturizing properties for children’s skin thanks to Shea butter, the ointment also offers protection from mosquitoes for over five and a half hours, when their risk of being bitten is at its highest.

After conducting 250 anti-mosquito tests in collaboration with the National Center of Research and Training on Malaria (CNRFP), a version of the ointment was launched on the market in September 2019. So, how much does it cost? Each tub costs 1, 000 CFA francs, the equivalent of roughly €1.53. The researchers have arguably achieved their goal of affordability.

The aim of Maïa ointment is not only to save lives. Malaria can cause recurring symptoms, is one of the main reasons for school absenteeism and puts a huge financial strain on households. A more effective approach to the fight against this disease in Africa would benefit the health and education sectors, as well as the economy.

If Maïa is approved by the WHO, its use can be integrated into national malaria prevention policies. The ointment could then be distributed not only by governments, but also by UN organizations and NGOs in regions where access to care is limited.

As with its predecessor Faso Soap, Maïa has already received some impressive accolades. In March 2019, the ointment was one of 30 innovations to be honored at the second edition of the WHO Forum on Health in Africa, held in Cape Verde. 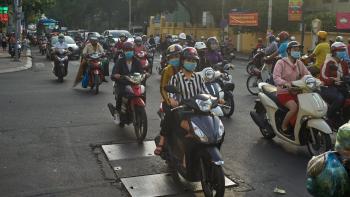 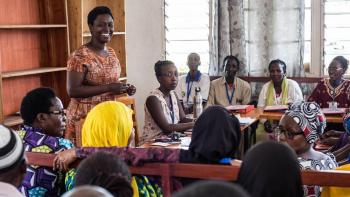 Mobilizing Communities in the Fight against HIV 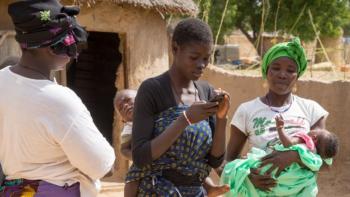 Text Messages to Raise Awareness about Health and Hygiene