© AFD
The second annual conference on the global sports economy was held last week in a 100%-digital format from Paris, with connections to Tokyo, Beijing, Dakar, Milan and Los Angeles. It was an opportunity to look back on the first anniversary of the signing of a partnership between AFD and Paris 2024, and to present an innovative incubation program for athlete-entrepreneurs.

First announced at the opening of Global Sports Week (GSW) in 2020 by AFD’s CEO Rémy Rioux and Tony Estanguet, President of Paris 2024, this ambitious cooperation agreement is the product of a shared conviction about sports, “a wonderful sustainable development tool.” From the outset of this fruitful partnership, it was decided that, by 2024, the emphasis would be on initiatives that combine sports projects with a strong impact on development around the world. Accomplished athletes will learn entrepreneurial techniques to shape projects that contribute to social and economic development.

Cameroonian table-tennis player, Sarah Hanffou, for instance, plans to open up access to sports for girls. Aby Gaye, the Senegalese basketball player, seeks to organize basketball camps on the themes of confidence and self-esteem. And Roger Amegbeto, the Togolese swimmer, has plans to build the first swimming pool open to the public in Togo, to promote swimming and the benefits of sports for health.

They were among the projects to be unveiled at Global Sports Week, which launched the innovative incubation program for 26 athlete-entrepreneurs. “Despite a particularly difficult year, we still have the same conviction concerning the impact of sports and their ability to drive social progress,” said Rémy Rioux. “The launch of this new program is also a strong signal as to the links that exist between France and Africa.”

Professor Muhammad Yunus, 2006 Nobel Peace Prize recipient for his work on microloans, and founder of the Yunus Sports Hub, will provide support for the program on the African continent. He commended his partners in this inclusive, solidarity-based initiative, and in a video shown at GSW, extolled “the transformative power of sports for human beings and for the world…their social impact will bring progress to society as a whole."

The first class consists of 10 athletes in France and 16 athletes in Africa. They will all receive support from the incubators, or entrepreneurial coaches, for eight months. Comprising 10 women and 16 men, this group of high-level athletes will propose projects that address societal challenges such as inclusion, professional integration and the updating and improvement of skills, gender equality, health, education and environmental protection.

From February to October 2021, the athletes will receive personalized and collective support: boot camps, collective ideation workshops, mentoring sessions, and meetings with role models. The goal is to develop their entrepreneurial project, from defining the problem through to prototyping an economically and socially effective solution.

Laëtitia Habchi, Head of the Social Bonds Division at AFD and Sophie Lorant, Director of International Relations for Paris 2024, opened last week’s session with a reminder that “sports contribute to meeting the Sustainable Development Goals which provide orientation for actions by stakeholders in international development.”

They emphasized the essential role of these athletes, who “are themselves the embodiment of the idea that sports can change lives. Their power of inspiration and mobilization is unequalled. They are an example for the generations. Throughout their careers, they have developed qualities that can be transposed to other professional activities: endurance, determination, and surpassing one’s limits.”

AFD is mobilizing for sports in Africa

Agence Française de Développement also stressed its desire to open up new horizons for the sports world in Africa. AFD supports Senegal in its preparation of the Dakar 2026 Youth Olympic Games. Various partnerships have been set up to provide support for rehabilitating sports infrastructure in the Senegalese capital for the upcoming games, making quality education accessible to the most vulnerable groups – such as girls, disabled children and minority communities – and using sports to promote independence for young women.

Addressing the event live from Dakar, Alexandre Pointier, AFD’s Director in Senegal, listed three things likely to make the country a worldwide hub for sports: “Its prestigious athletes, its high-quality infrastructure and its solid ecosystem,” he said.  “Senegal has all the ingredients to become the next international sports hub.” Mark it on your calendar! 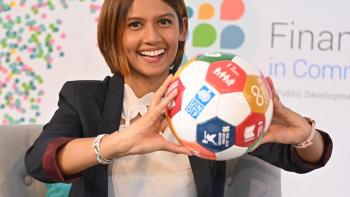 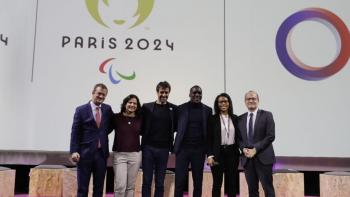 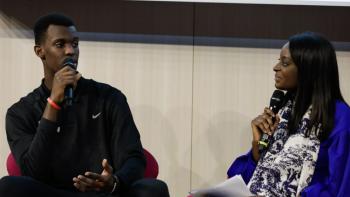