© Ezra Acayan / AFD
On the occasion of the launch of the first disaster preparedness and management tool for local government units (LGUs), Laurent Klein, Director of AFD's Manila agency, explains the challenges of local community resilience in the Philippines.

To what extent is the Philippines exposed to natural disasters?

Laurent Klein: Between typhoons, floods, earthquakes and volcanic eruptions, the Philippines is considered to be one of the most disaster-prone countries in the world. To give an indication of the scale of the problem, the Philippines experiences an average of about 20 typhoons per year!

The country is also considered as one of the most vulnerable to the impacts of climate change, which is reflected in an increase in the frequency and intensity of extreme weather events, such as Typhoon Haiyan/Yolanda, which devastated the centre of the archipelago in November 2013.

These disasters have a disastrous social, economic and human cost: between 2000 and 2016, they caused more than 23,000 deaths and affected approximately 125 million people. The associated socio-economic damage has been estimated at nearly $20 billion.

The regional disparities of the archipelago, consisting of more than 7,000 islands, place the local level at the forefront of natural disaster risk management and climate change adaptation. Local Government Units (LGU)thus have a key role to play in anticipating and responding effectively to these phenomena. However, their capacities remain limited by their lack of financial, human and technical resources to meet the needs.

How is AFD responding to these challenges?

AFD's support is part of a long-term approach to building the capacities of local authorities to ensure inclusive and resilient territorial development.

We initiated a dialogue with the Philippine government in 2009 on general financial and technical capacity building for LGUs thanks to a first public policy loan co-financed with the Asian Development Bank. From 2014 onwards, our support focused more specifically on the resilience of cities to climate change and disasters, while maintaining overall support for decentralization.

In line with this commitment, we have more recently mobilised technical assistance through a delegation of EU funds amounting to EUR 4.8 million via the Asia Investment Facility.

This technical assistance aims at strengthening the institutional capacity of the Philippine Department of Interior and Local Government (DILG) in natural disaster preparedness and risk management. This will be achieved through training modules for auditors on risk assessment and understanding, and support for the development of action plans and systems for identifying vulnerable collectivities to be supported most urgently.

More information on the actions implemented by the DRMIS project team for the benefit of local authorities is available here.

In addition, 52 LGUs  identified as vulnerable will be accompanied by these auditors in the development of disaster risk preparedness mechanisms. A tool analysing the exposure (type, frequency, intensity) of these LGUs to multiple risks has just been launched. It will also make it possible to assess the effectiveness of their prevention and response capacity (compliance with building safety standards, implementation of emergency protocols: risk communication, evacuation, etc.) and to set up a replicable certification system. Ultimately, the aim is to extend its use nationwide.

What is the context of this support to local authorities?

To date, AFD has mobilized 360 million euros in cofinancing with the Asian Development Bank to support the decentralization reforms undertaken by the government. We have also fueled a high-level political dialogue on decentralization between France and the Philippines with the organization of a peer-to-peer exchange in France in 2018 in partnership with the Bordeaux metropolis, the General Commission for Territorial Equality and the National Center for Territorial Civil Service.

AFD's action in the Philippines is also part of the extension of the Manila Climate Appeal launched jointly by France and the Philippines in February 2015 ahead of COP21. In the framework of this international call for cooperation, solidarity and climate justice, AFD has set up a 50 million euro loan to support the implementation of the National Disaster Risk Reduction and Management Plan in the Philippines.

AFD has mobilized a total of 410 million euros over 10 years to support decentralization and the resilience of local authorities.

“In Lebanon, Our Top Priority is to help the Most Vulnerable” - Olivier Ray, AFD’s Regional Director in Lebanon Which midterm assessment for AFD's Climate strategy? AFD’s Atlas of Africa: Viewing the Continent from a New Angle Creating a “Lynk” between Workers & Clients: One of the Biggest Digital Platforms in Africa 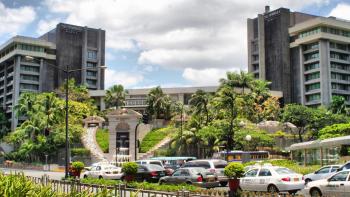 The Philippines: Delegation and Decentralization 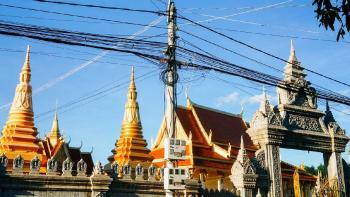