© Marc Le Chélard/AFD
To mark the One Planet Summit dedicated to biodiversity, Agence Française de Développement has set the goal of devoting 30% of its climate funding to efforts to foster biodiversity in 2025 by doubling its investment in biodiversity to reach a target of €1 billion.

Through these commitments made at the OPS, AFD is actively helping to build momentum in mobilizing international resources to promote the conservation and sustainable use of biodiversity in preparation for the COP15 to be held in China in a few months’ time.

Combined commitments to climate and biodiversity: 30% of climate funding directly for biodiversity

Climate goals and biosphere conservation are intrinsically linked. Scientists believe that at least 30% of the solutions for remedying the effects of climate change are dependent on nature, meaning on healthy forests, oceans, grasslands and wetlands. Yet the responses to these two challenges are all too often implemented in isolation.

During the OPS in January 2021, France therefore committed to allocate 30% of its climate funding directly to biodiversity by 2030, with Agence Française de Développement aiming to achieve this goal as early as 2025. To do so, AFD will increase investments supporting initiatives with biodiversity co-benefits by promoting Nature-Based Solutions (NBS).

Doubling funding for biodiversity: €1 billion by 2025

AFD aims to reach €1 billion in funding to promote the conservation and sustainable use of biodiversity by 2025. It plans to achieve this doubling of its resources by consolidating overall funding and integrating biodiversity into all its sectoral initiatives.

There will therefore be a requirement for new funding that is granted to include a greater sensitivity to biodiversity issues, including in the sectors of water, sanitation, agriculture and agroecology, livestock farming, including pastoral livestock farming, and the “oceans”, which offer the greatest potential. The urban, mobility, energy and financial sectors will also need to use a portion of their climate funding in a way that integrates explicit objectives for promoting biodiversity. For example, AFD will support the implementation of the Great Green Wall in the Sahel by dedicating €600 million to the initiative, in order to promote environmentally-friendly social and economic solutions that promote the resilience of this key region for Africa, Europe and the world.

AFD, advocate for a pro-nature economy

AFD is actively involved in the informal working group on the creation of a TNFD (Task Force on Nature-related Financial Disclosures) aimed at redirecting financial flows on a large scale towards activities that benefit biodiversity and humanity. This goal requires the rapid roll-out of a framework of analysis for financial institutions that would help them better understand and respond to their risks, dependency and impacts on nature.

With this in mind, AFD Group is establishing or contributing to several initiatives aimed at developing solid knowledge bases and methodologies for biodiversity, including the Data4Nature initiative and contributions to the “Little Book on Investing in Nature”, an essential tool for mobilizing public and private stakeholders to pursue a pro-nature economy, published globally on January 11, 2021.

Adoption of a new biodiversity strategy

In order to meet its biodiversity goals and the challenge of preserving biodiversity, AFD established a new territorial and ecological transition strategy last October, with a road map for biodiversity and a specific intervention framework for the oceans. AFD is pursuing an innovative, territorial approach , combining urban and rural issues to better respond to global challenges. For biodiversity, this approach includes stepping up conservation efforts and the active incorporation of biodiversity goals, especially in the areas of agriculture and rural development, water and sanitation, urban development and planning, and adaptation to climate change, as well as for the private sector and the mobilization of funds. Click here to read the full document presenting AFD’s Strategy for Territorial and Ecological Transition for 2020-2024.

“In 2021, the fourth edition of the One Planet Summit marks a key step in the convergence of climate and biodiversity agendas, five years after the Paris Agreement and just a few months before the Conference of the Parties to the Convention on Biological Diversity. It is against this background that France, at the request of President Macron and the government, has committed to allocate 30% of its climate funding directly to biodiversity. I am proud that Agence Française de Développement is contributing to reaching this goal by 2025, by decompartmentalizing its funding, teams, and projects to truly become a donor that invests in the planet. AFD is also working towards the convergence of climate and biodiversity initiatives through the Finance in Common coalition, created on the occasion of the first meeting of 450 public development banks from around the world on November 12, 2020,” said Rémy Rioux, Chief Executive Officer of Agence Française de Développement. 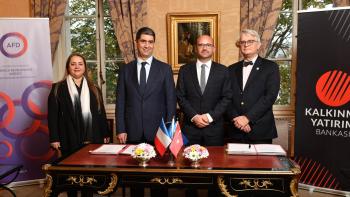 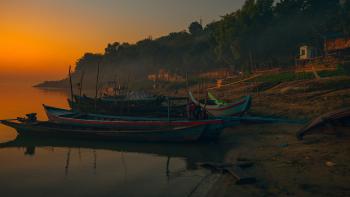