© AFD / Morgane Hervé Gangloff
The launch of the largest water treatment in Cambodia was kicked off with a ceremony at the start of the month, with Prime Minister Hun Sen in attendance. Financed by AFD, the project will contribute to the government’s flagship objective: providing universal access to drinking water by 2025.

Phnom Penh, the capital of the Kingdom of Cambodia, has been experiencing rapid urban development since the early 2000s: its population has more than doubled from one to 2.3 million, which has caused water demand to skyrocket. After doubling its production capacity between 2012 and 2017 to meet demand, continuing population growth means water access remains a challenge. The third Water Supply Master Plan of the Phnom Penh Water Supply Authority (PPWSA) however, plans to achieve 100% coverage by 2030.

A Project on an unprecedented scale

The project to build a water treatment plant in Bakheng stands out for its immense capacity: when the plant is operational, it will increase Phnom Penh’s total drinking water capacity by 65%. The network extension will provide 100,000 new domestic connections and 25,000 commercial connections will be installed. In addition, the Bakheng plant will connect the most deprived suburbs, which will have affordable access.

The facilities will have a total production capacity of 390,000 m3 per day and will be deployed in two phases. The first phase of 195,000 m3 per day will be commissioned in the first quarter of 2023 and the full capacity will be reached a year later after the completion of phase 2.

This project has also provided an opportunity for PPWSA to reaffirm its confidence in French partners in Cambodia. The feasibility study, which defines the outlines of a sustainable project, has been financed by AFD in partnership with the French Embassy in Cambodia and its economic service.

Several French partners were selected for the implementation, including Safege, a subsidiary of Suez Environnement, and Vinci Construction Grands Projets for the design and construction of the plant. Both companies have been operating in Cambodia for many years and have developed a relationship of trust with AFD and PPWSA by demonstrating their expertise on other projects.

“AFD is particularly proud to be supporting PPWSA for this ambitious project, which will improve living conditions for hundreds of thousands of citizens in Phnom Penh”, says Ophélie Bourhis, Director of the Phnom Penh office. “It is a key stage in our partnership and we have every confidence in the Phnom Penh water authority for the implementation of this project.”

AFD has been supporting PPWSA since 2003 and has financed three other plants (Chhroy Changva, Niroth and Chamcar Morn) for a total amount of €268 million (including Bakheng). The objective is to improve and increase the water authority’s distribution capacity. 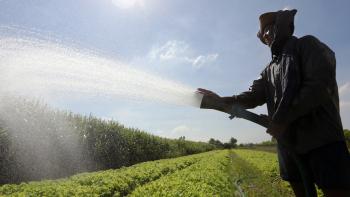 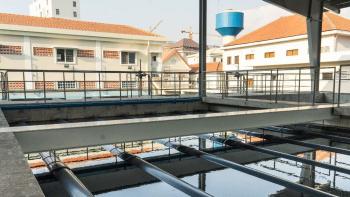 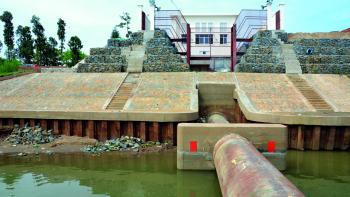