Health and Social Protection
Near and Middle East Lebanon

© Terre des hommes
Fleeing war, displaced Syrian families suffer from a range of psychological disorders. Particularly children. NGOs Insan Association and Terre des Hommes, supported by Agence Française de Développement (AFD), are using a variety of therapies to help them deal with trauma. Ten year-old Sarah is among those severely affected. But thanks to timely, effective intervention, she is turning the page on a dark chapter that began with rampant violence, desperate flight and displacement.

Terre des Hommes and Insan Association work in Lebanon and Jordan with the most vulnerable children affected by the Syrian crisis. When their specialists and volunteers met Sarah, the young Syrian girl was anxious and withdrawn.

Displaced with her family in Lebanon by a war that has been raging for almost as long as she has been alive, the ten year-old had trouble communicating with others. Over a period of four months, Insan Association visited Sarah and her family to carry out psychosocial and art therapy activities to help Sarah work through her fears and trauma.

While trying to flee Syria with her family, the 10-year old was shaken to her core by the fact that her father was caught up in the violence.

What followed for the little girl were months of physical pain, headaches and anxiety. Reluctant to share her thoughts with strangers, Sarah was encouraged to draw.

After several sessions and a variety of one-on-one activities, Sarah’s therapist helped her unearth the causes of her suffering, in part through visual art. Her pictures unravelled some of the sources of her anxiety.

I remember the day the doctor asked me to paint what I was afraid of and I drew myself crying, with a big black cloud taking over my country. I remember the next day, my tears started to turn into a smile and I began to put my fears behind me.

Together, the psychological and art therapies have helped Sarah – and others – get on the path to recovery, breaking the cycle of fear, and rebuilding a healthier childhood.

Sarah has since become more sociable. She is back in school, and now has the confidence to open up to her family - and play with other children.

AFD Group 2019-2020 Annual Results AFD’s Atlas of Africa: Viewing the Continent from a New Angle Which midterm assessment for AFD's Climate strategy? Creating a “Lynk” between Workers & Clients: One of the Biggest Digital Platforms in Africa 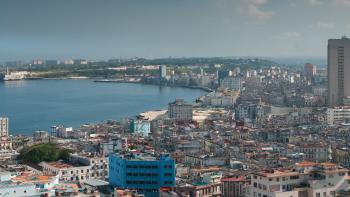 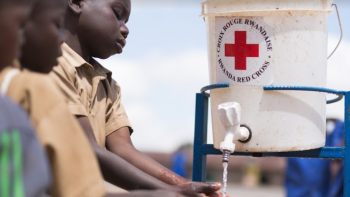 Rwanda: AFD teams up with Red Cross to tackle Covid-19