A new report warns that if nothing is done to fight climate change, temperatures could rise by as much as 6° in Vietnam in the worst case scenario, with disastrous consequences for people and the environment. The northern part of the country could experience more intense warming the southern part and sea levels would rise between one and two meters in coastal areas.

These findings emerged from research conducted by GEMMES Vietnam, a joint project between the Government of Vietnam and the Agence Française de Développement (AFD), the French international development agency. GEMMES aims to measure the socio-economic impacts of climate change and adaptation strategies in the Southeast Asian nation.

GEMMES scientists caution that such extreme warming may severely impact agricultural output, render many cities and villages inhabitable, and subject much of the country to greater frequency and severity of natural disasters - all within the lifetimes of people already alive today.

Find out more about the GEMMES Vietnam project

“As the rise in mean temperature accelerates, we will soon witness new extremes in hot weather,” said Associate Professor Ngô Đức Thành from the University of Science and Technology of Hanoi, one of the scientists behind the GEMMES report study. “If 35°C has previously been seen as a high temperature value, it will become the new normal with the advent of new future highs of 40 or 45°C. This can lead to dangerous consequences to human lives and habitats if we cannot adapt fast enough to the changes.”

GEMMES revealed the findings during a webinar on March 9th: “Update on the Climate Scenarios for Vietnam”. The event was part of a series of seminars and webinars organized by AFD to discuss and build on the findings of “Climate Change in Vietnam – Impacts and Adaptation”, a special report produced by the GEMMES Vietnam Project on the occasion of the COP26 Climate Conference in 2021.

Inaugurated in 2018 following the State visit by Party General Secretary Nguyen Phu Trong to France, GEMMES Viet Nam is an ambitious scientific collaboration between the Department of Climate Change, Ministry of Natural Resources and Environment (MONRE), AFD and France’s Research Institute for Development (IRD), with the participation of a team of more than 60 researchers from the two countries and financed by AFD. It aims to support Viet Nam in the implementation of the Paris Agreement and presents itself as a tool for policymakers to build a long-term development trajectory that is resilient to impacts of climate change. Through the creation of a robust network of Franco-Vietnamese scientists, GEMMES also helps Vietnam develop its capacity in the field of climate change research. 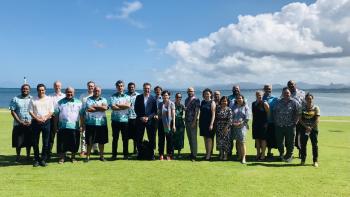 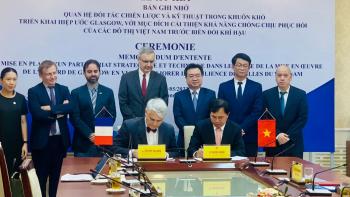