Overlooking the Nineveh Plains in Northern Iraq © Levi Clancy
For centuries, it was Iraq’s breadbasket and a hive of economic activity – but terrorism and war all but stopped the region in its tracks. How to revive northern Iraq after the departure of Daesh, the so-called Islamic State? Something called the PERMA project has found a way. Financed by AFD and presented at the Paris Peace Forum 11 to 13 November, it aims to bring life back to the rural economy in the north.

Already on the map more than 2,000 years ago, Nineveh was once the largest city in the world, and its surrounding area – the Nineveh Plain in northern Iraq, has long been the country’s breadbasket. Communities there have long made a living from growing wheat. But Daesh extremists occupied the territory for three years until 2017, leaving the region in ruins.

“They destroyed everything that could be destroyed. Farmers were left with nothing”, says Bertrand Effantin, a representative of the NGO Mercy Corps for France and Switzerland. In addition, the lack of capital and access to financing in the region prevents smallholders from restarting their activities.

To address this need, and in response to a call for projects launched in 2018 by AFD, Mercy Corps submitted a project called PERMA (Promoting Economic Revival For Microbusiness and Agriculture). 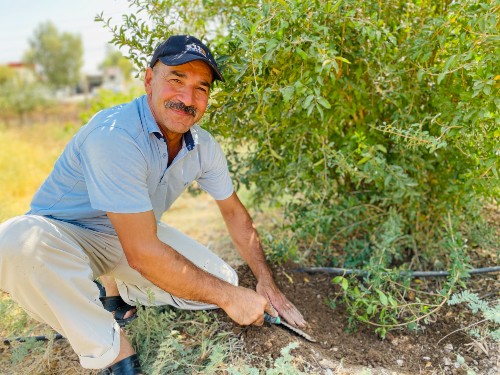 It was launched via a consortium with the NGOs Triangle Génération Humanitaire (TGH) and Public Aid Organization (PAO), and was awarded €10 million in financing from the Minka Initiative over a period of three years.

The PERMA project aims to restart an agricultural activity in the Al-Hamdaniya district on the Nineveh Plain. “It’s not about giving farmers seeds, but about making it easier for them to buy them using financial tools that allow them to purchase agricultural equipment and inputs on the local market”, says Bertrand Effantin.

“AFD’s grant also aims to increase the capacity and expertise of financial institutions in the region, which will finance farmers”, adds Frédéric Turlin, AFD’s officer for Iraq. A second project component concerns the rehabilitation of irrigated areas and other collective services and facilities that were destroyed by Daesh or are dilapidated due to the lack of maintenance.

But there is only one way for all this to happen: all the communities in the territory (Kurd, Sunni, Shiite, Yezidi, Christian) must benefit from the project. This is the last component of the PERMA project, which is based on social cohesion. “This support must be fair and transparent to ensure there are no tensions between communities. The consortium is working on this with them”, says Frédéric Turlin.

The first phase of studies launched in 2019 fell behind due to ongoing unrest, travel difficulties, unrest in Kurdistan and the Covid-19 epidemic. Despite this, “following the preliminary studies and thanks to the commitment of the stakeholders in 2019, the project has been running for six months”, says Bertrand Effantin. “And farmers have already been selected.” PERMA plans to support over 2,000 farmers.

“When the project ends, the development of market systems will maintain the trade dynamics and create new wealth”, says the representative of Mercy Corps. Before concluding: “The farmers and economic stakeholders are motivated, the public authorities are supportive. With these ingredients, we’re confident.” 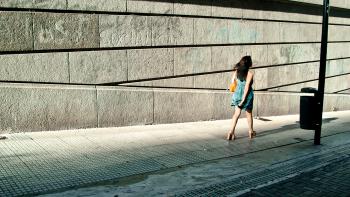