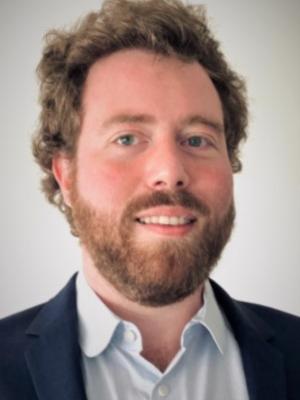 Benoît Jonveaux is a macroeconomist on the team in charge of assessing country and sovereign risks in the countries where AFD operates. He focuses on debt and development finance issues.

Benoît has been a country risk economist at AFD since 2020. His publications shed light on the economic trajectories of the countries where AFD works. These analyses are based on close monitoring over a long period of time and are rooted in a detailed knowledge of local circumstances. At AFD, Benoît is particularly interested in debt issues in emerging and developing countries. He also works on the links between development financing and sustainability, a requirement for promoting sustainable development strategies.

Before joining AFD, he worked at the French Treasury for six years. He was Deputy Head of the Sub-Saharan Africa Department where he was in charge of monitoring monetary cooperation agreements in the Franc zone. Benoît also served as Regional Financial Advisor for the Middle East at the French Embassy in Lebanon for three years. He was responsible for closely monitoring the macroeconomic situation of the countries in the region and contributed to defining France's economic, financial, and trade policies in the Middle East. A graduate of ENS Paris-Saclay, the Paris School of Economics and Sciences Po, Benoît Jonveaux also graduated in 2013 from Columbia University (School of International and Public Affairs).