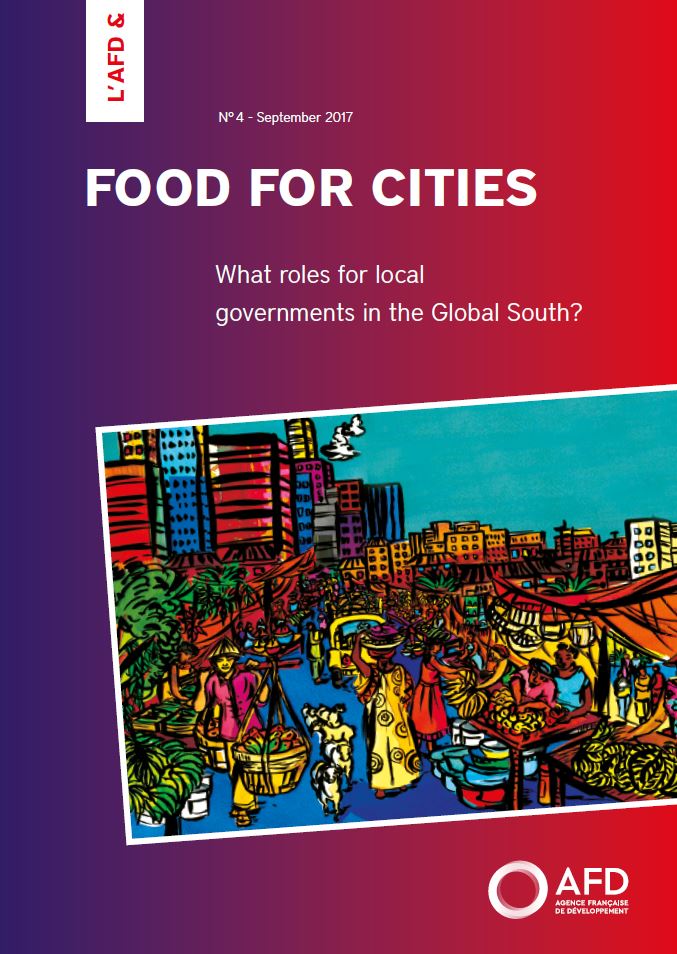 In a constantly urbanizing world, city governments have come to play a crucial role in urban food policies. From among the challenges facing cities, ensuring food security for their residents is vital, and this must be achieved keeping in mind both the balance to be found between urban and rural areas and the sustainability of food systems. Public commitments to this challenge have been made any number of times since the 1990s, but it was at the end of 2016 that access to “safe, sufficient, and adequate food” became part of the new urban agenda adopted in Quito, Ecuador, during the Habitat III Conference.

Work by Agence Française de Développement (AFD) to promote urban food security currently takes on several forms. For nearly 30 years, AFD has been working alongside emerging and developing cities, particularly in Africa, to develop and upgrade their commercial facilities. Among the cities that have benefited fromthe support are Mahajanga in Madagascar, Ouagadougou in Burkina Faso, and Cotonou in Benin. At the same time, the urban development projects financed by AFD have been gradually integrating urban agriculture. These often have multiple objectives that are economic, social, and environmental in nature. In Porto Novo, Benin, for example, urban agriculture acts both as an income-generating activity for the poorest and as a means for sustainably developing its lagoon area. To optimize the cycle of materials, AFD is also paying special attention to the reduction–and where applicable upcycling–of waste, be it organic matter (which can be reused as fertilizer) or energy. For example, this year AFD started up an energy-upcycling project in the sector of restaurant food waste in the city of Shaoyang, China. This project will help to produce 17,220 MWh/ year of energy and reduce greenhouse gas emissions (70,000 tCO2/year).

For several years, in order to better guide its partners in defining and implementing this new aspect of local public policy, AFD has been thinking more specifically about food for cities. This has taken on concrete form
through a research program on urban supply systems and through the present publication, which stems from deliberations following the Urban Food Policies symposium organized by the UNESCO Chair in World Food Systems and the French Agricultural Research Centre for International Development (Cirad) in late 2015, with the support of AFD and other organizations.