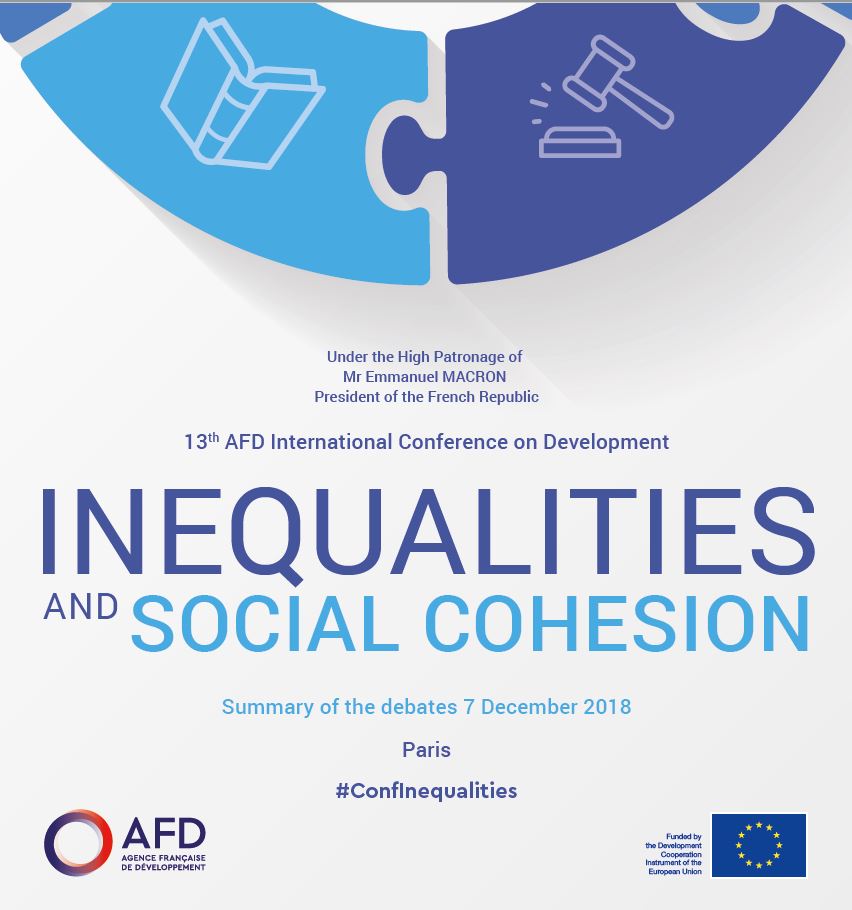 On December 6th and 7th of 2018, the 13th International AFD Conference - Inequalities and Social Cohesion was held in Paris. It aimed to bring together specialists on the issues of inequality and social cohesion, and take the discussion to the policymakers and the civil society.

The conference took place over two days. The first one was an academic day with parallel sessions. The second one was dedicated to high-level plenary debates open to a wide public. The document which has been produced is an analytical summary of these debates that carried discussions around five themes:

This analytical summary allows the public to dive into those interesting discussions and better understand the conclusions derived from these vivid dialogues.