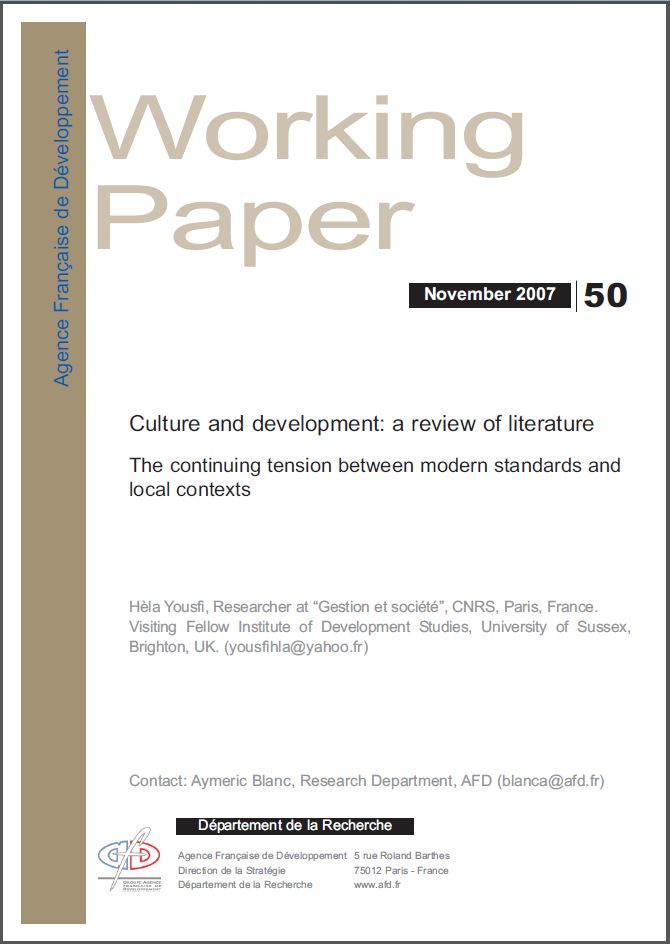 Multiple and often competing conceptualizations of culture have offered development thinking both a framework and a vocabulary for distinguishing one group of people from another in terms of their differing systems of meaning, patterns of behaviour, or levels of technology. They have also offered different visions of the relationship between culture and development. However, while these various perspectives diverge on many issues, they also share a common position. They show a persistent difficulty in grasping the articulation between the role of culture (suspected of bringing back “tradition”) and individual autonomy (seen as a condition for a “modern society”).