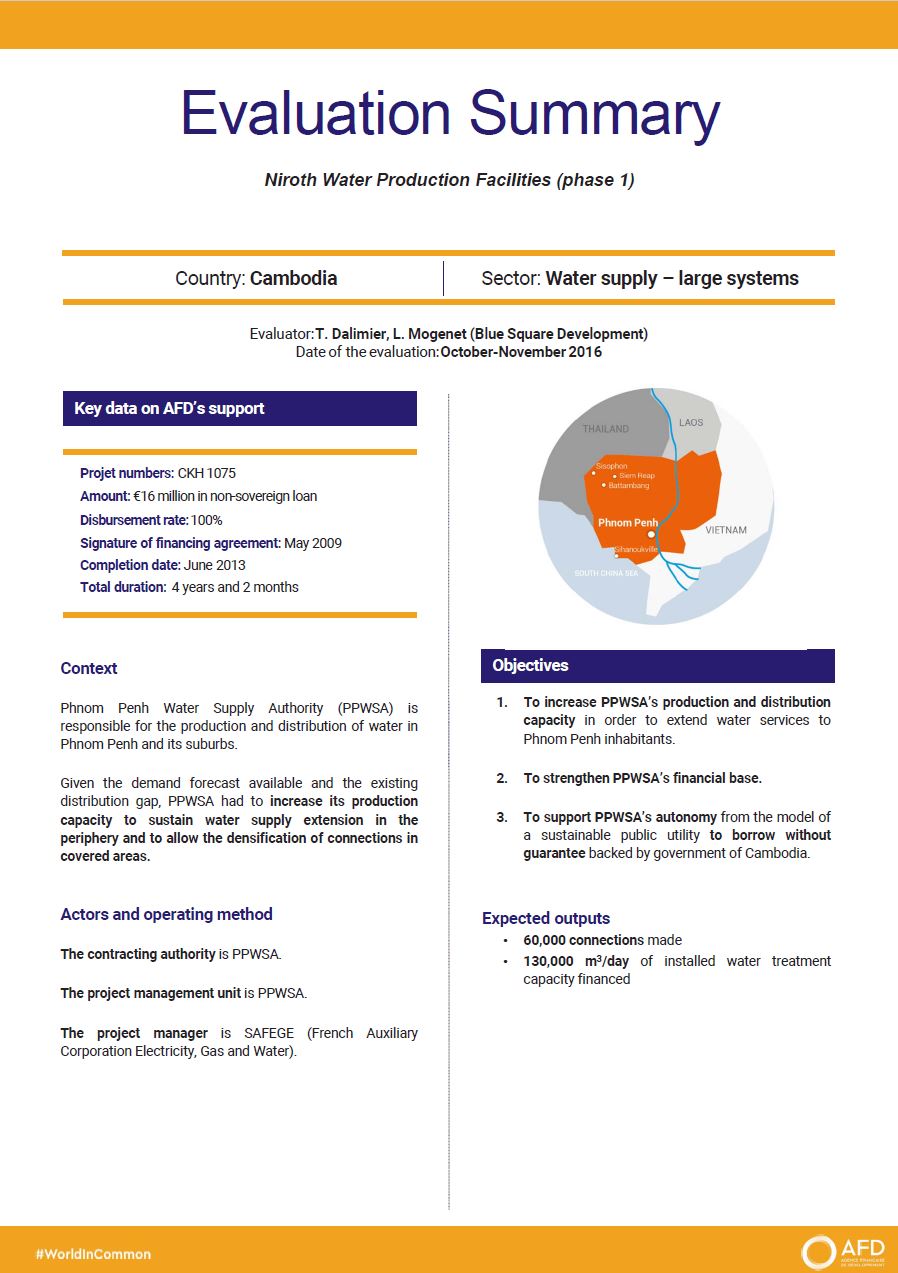 In Cambodia, for the “Water supply” sector, the Niroth Water Production Facilities (phase 1) project was subject to an evaluation in October and November 2016.
The project was implemented in the context of the Phnom Penh Water Supply Authority’s (PPWSA) plan to increase its production capacity in order to sustain the extension of water supplies in the Phnom Penh periphery as well as the densification of connections in already-covered areas.

One of the objectives of the project was to increase the number of domestic connections by 60,000 units between 2010 and 2016. This objective was perfectly fulfilled, with 69,453 new domestic connections made over that time period. The funded water treatment facility (Niroth-1) was much needed to avoid downscaling the PPWSA connections program and keeping other water production facilities at critical overdesign production rates. The sustainability of the program is ensured.

The close interaction between the AFD and the implementing agency is much appreciated and was a key factor of success for the program.