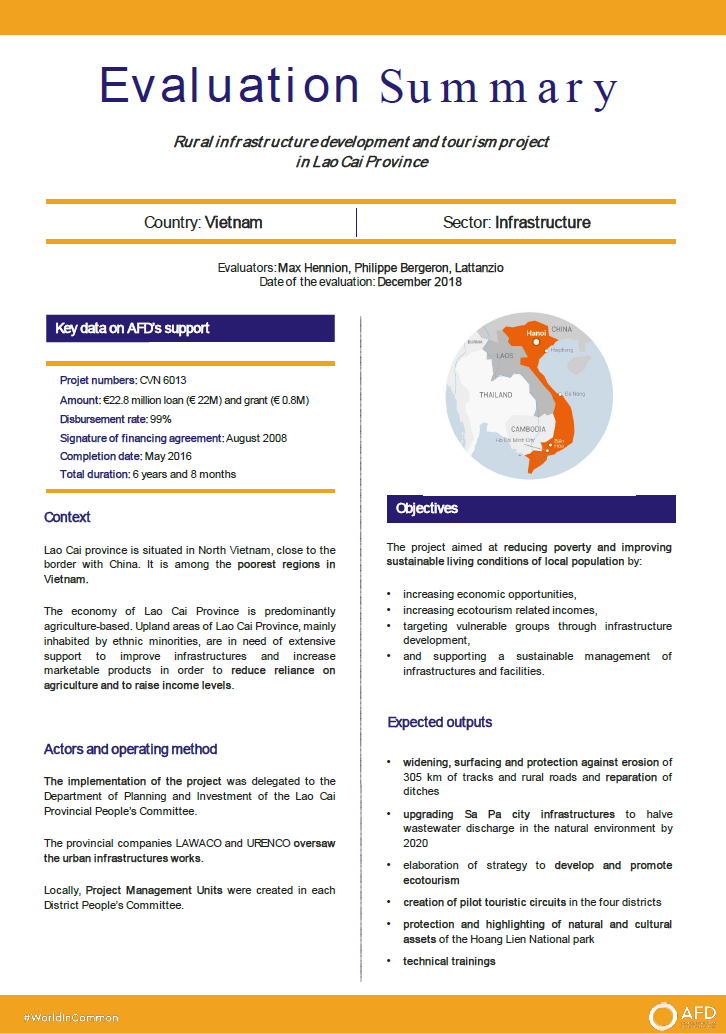 In the Lao Cai Province of Vietnam, the rural infrastructure development and tourism project was subject to an evaluation in December 2018.

Northern Vietnam province Lao Cai is among the poorest areas in the country. Its economy is predominantly agriculture-based. Upland, the province is mostly inhabited by ethnic minorities that are in need of extensive support. The project aimed at reducing the population’s reliance on agriculture and at raising income levels.

The project was well aligned with the province’s plans and strategies. Its rural roads component directly addressed key needs of vulnerable groups. 235 km of rural roads were rehabilitated. A solid waste treatment plant was built, and effective lighting systems were implemented in parts of the central area. However, the wastewater management component of the program was not implemented. Poverty rate was reduced between 5 to 10% in the province’s four districts. In order to ensure sustainability of the program outcomes, the evaluators assessed the need to advocate and support a renewed management and financing framework.