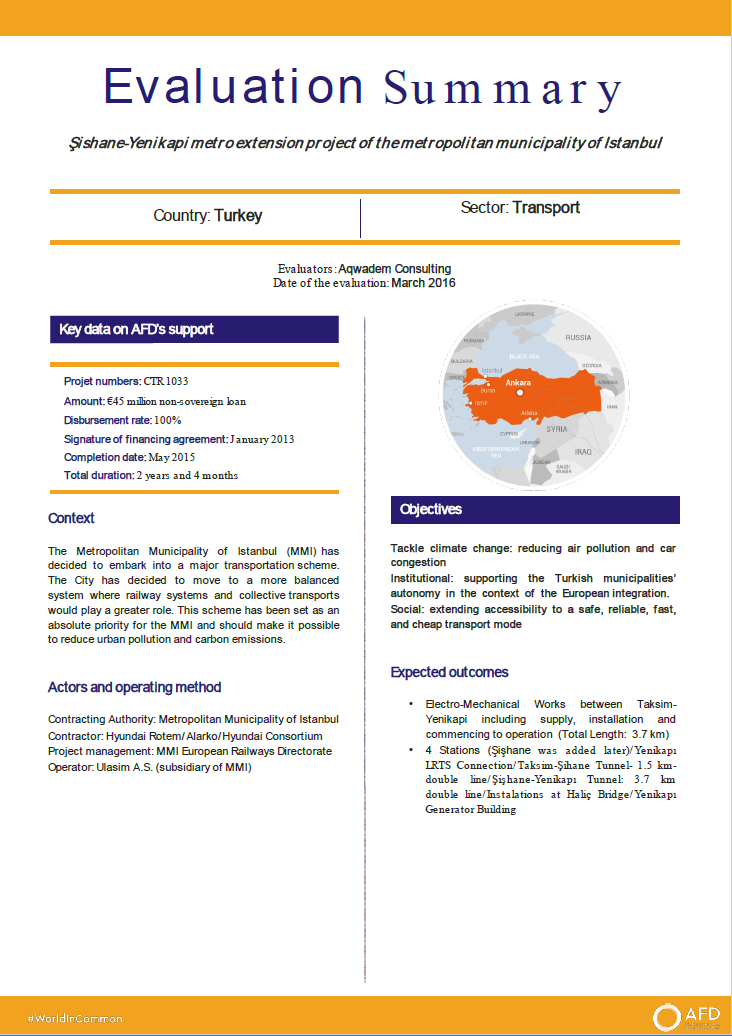 In Turkey, the Sishane-Yenikapi metro extension project of the Metropolitan Municipality of Istanbul was subject to an evaluation in March 2016.

The project was highly relevant and had substantial positive impacts on local social, economic and environmental scales. Construction work was delayed due to archaeological finds that led to groundbreaking discoveries on the history of Istanbul. The project is considered most likely sustainable thanks to MMI’s strong financial standing. However, coordination between institutions involved in public transport planning was not optimal, although it was of the utmost importance to the success of the project.