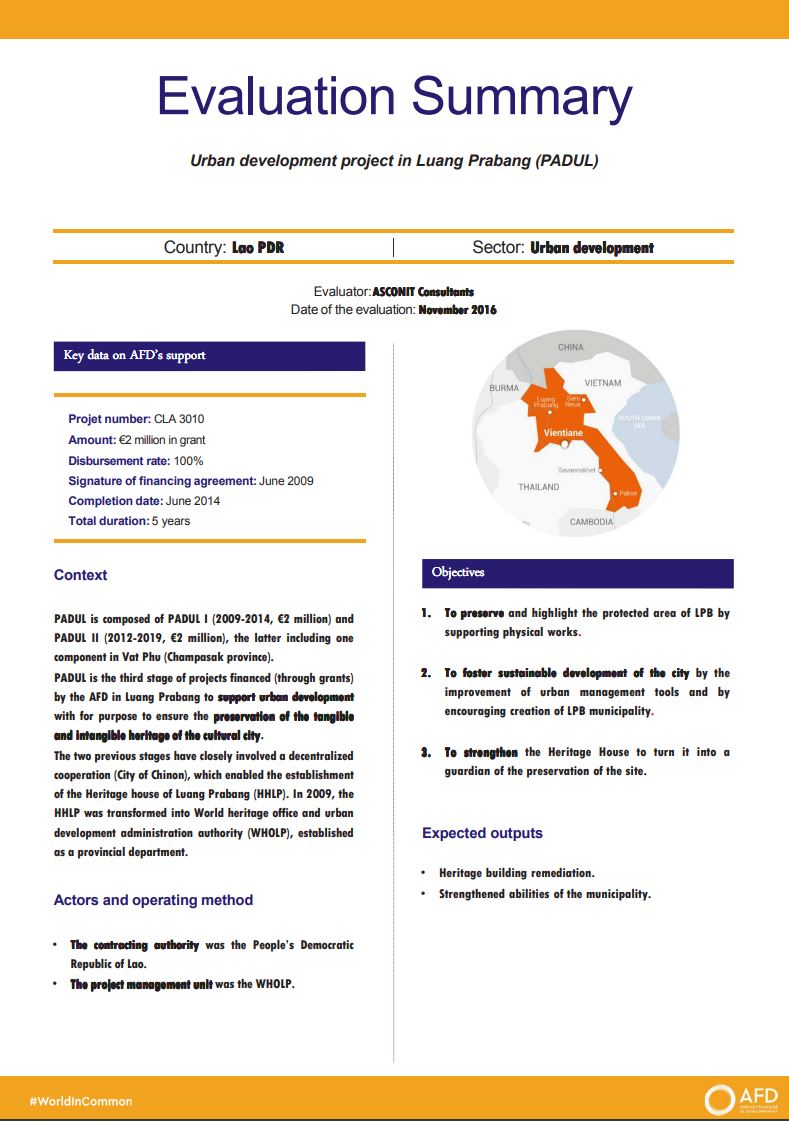 In the People’s Democratic Republic of Lao, for the “Urban Development” sector, the grant to support the urban development project in Luang Praband (PADUL) was subject to an evaluation in November 2016.

PADUL is composed of two phases and represents the third stage of projects financed by the AFD to support the urban development of Luang Prabang with the purpose of ensuring the preservation of the tangible and intangible heritage of the cultural city. The project aimed at preserving the site through the strengthening of the Heritage House and the provision of urban management tools to encourage sustainable development of the city.

The evaluation of the project revealed that the fund was used in an optimal manner, involving no cost overruns but suffering from delays during its implementation. The programme had positive impacts on Luang Prabang in terms of preserving the cultural heritage of the city and providing jobs for its residents. The structures created do remain financially fragile, making the overall sustainability of the project unsure.