Inequality Trends and Diagnostics In Kenya 2020 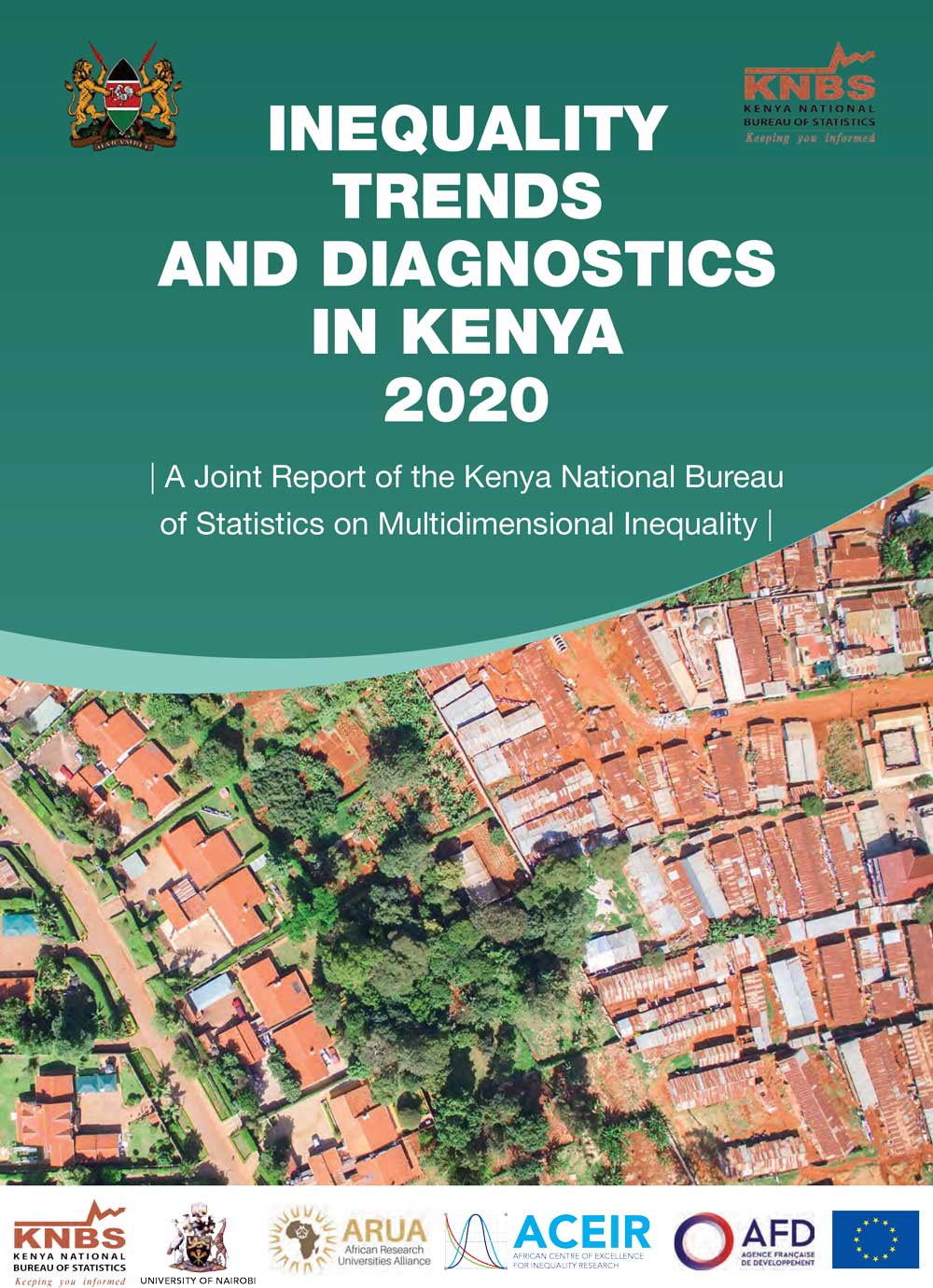 This report is a joint publication produced by the Kenya National Bureau of Statistics (KNBS) in partnership with the Eastern Africa research node of the African Centre of Excellence for Inequality Research (ACEIR) based at the School of Economics, University of Nairobi, with support from Agence Française de Developpement (AFD) and the European Union (EU). The report presents a comprehensive analysis of multidimensional inequality in Kenya over the period 1994 to 2016 using nationally representative survey data collected and released by the KNBS. The household datasets used in the analysis were derived from the 1994 Welfare Monitoring Survey (WMS II), the Kenya Integrated Household Budget Surveys for 2005/06 and 2015/16, the Labour Force Survey for 1998/99 and the 2009 Kenya Population and Housing Census. In addition, the report uses secondary data from local and international reports to enrich the information derived from sample surveys.