In Burkina Faso, AFD supports MédiaSahel, for involving youth in public debate © Olympia de Maismont
In honor of the International Day of Living Together in Peace in mid-May, AFD Group confirmed its aim to improve social cohesion through the projects it finances and supports. The goal is to reduce all forms of inequality and improve social inclusion to help societies become more resilient.

Since the industrial revolution, economic growth has commonly been associated with social well-being. While this seems to have been true for several decades, economic, social and political inequalities are now growing in most societies, and are now a factor in the weakening of social bonds.

Furthermore, instability and the recent humanitarian, food, health, economic, political and ecological crises have led to extreme poverty, which has had an even greater impact on the quality of social cohesion and the resilience of societies and individuals.
The promotion of social bonds, which consists of the desire to live peacefully together and the commitment to connect individuals for the collective good, is therefore more important than ever for an institution such as AFD, to ensure that its activities have a positive impact on communities.

Social cohesion at AFD starts in the field

Through its 85 regional offices, which interact with the beneficiaries of its financing, AFD aims to contribute to reducing all forms of inequality, not only in terms of wealth, income and opportunity, but also those linked to ethnic groups, territories or gender.

For example, the AFD “Taller Abierto” project, in Buenaventura, Colombia, implemented in partnership with the Agir Ensemble group and the NGO, Taller Abierto, trains and supports women, children and young people to better defend themselves against violence to which they may be subjected. The largest commercial port in Colombia, this area is strategically important in economic terms but it is also one of the most dangerous places in the country, where residents have become accustomed to illegal activities by criminal gangs, which control and terrorize neighborhoods. The project therefore aims to provide greater protection to these individuals so that they become champions for their own rights and for peace, as well as to create safe environments within schools, families and communities.

AFD Group also aims to strengthen social inclusion by establishing dialogue with stakeholders in partner countries and by taking their expectations, needs and aspirations into account through its operations.

In Burkina Faso, Mali and Niger, the “Media Sahel” project helps to build the capacities of local media professionals to facilitate better dissemination of information and to provide greater access to interactive spaces for use by everyone, particularly women and young people. Although young people account for over 65% of the population in the Sahel region, their views often go unheard. Giving young people a voice helps to reestablish social bonds and gives civil society leaders and governments a better understanding of societal changes.

A strategy aligned with France's priorities

The purpose of AFD’s new “100% Social Link” strategy, adopted on March 11, 2021, is to implement operations in line with the key directions and priorities set by the French Government. This is done through the new bill on inclusive development and the fight against global inequalities, while reflecting the sentiments of a speech by the French President, who emphasized the importance of human capital, education and training at the World Economic Forum in Davos in January 2018.

For AFD, social cohesion is essential for sustainable and shared development. By choosing to place the individual at the heart of development, AFD represents a societal model that reconciles People and the Planet and contributes to achieving the 17 Sustainable Development Goals set by the 2030 Agenda.

“In a world in which we regularly witness tensions, acts of hatred, rejection of others and discrimination, the pursuit of peace and the will to live together harmoniously is more crucial than ever.”
- Audrey Azoulay, Director-General of UNESCO

“Social cohesion is ultimately what holds a society together. […] To reestablish social bonds, it is essential to promote what we have “in common”. Stadiums, swimming pools and sport are important places for creating links. But language and culture are also important...The things we have in common are what make us human and the capitalist view of “every man for himself” is a threat to this model. […] The antidote is a social and ecological transition, a collective project that takes the problem seriously: we have one world in common.”
- Gaël Giraud, Director of Research at the CNRS, and former chief economist at AFD 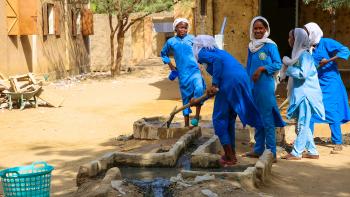 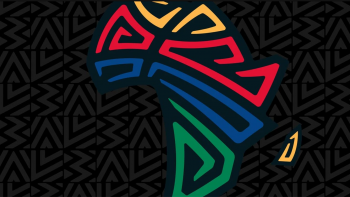 AFD, the NBA and Basketball in Africa: Four Points on Sports and Development