© Civil Rights Defenders
On World Day Against Homophobia and Transphobia on May 17, we focus on Xheni Karaj, who has defied death threats to campaign for the the rights of LGBTQ+ people in Albania. This year, the organization "Civil Rights Defenders" is honoring her – along with Frank Mugisha in Uganda – for her commitment to gender equality.

The award recognizes Xheni Karaj's commitment to advocating for political reform and to behavioral change, and providing protection and a sense of community for LGBTI+ people in Albania.

In 2009, she founded the Aleanca - Alliance Against Discrimination of LGBT People, an association whose main ambition is to contribute to the creation of a freer, open and egalitarian Albania, embracing diversity, inclusion and gender equality for all.

But it has not come without a cost. When she and her organization Aleanca recently campaigned for the right of a lesbian couple to register as parents of two baby girls she received numerous and brutal threats.

AFD’s backing for the welfare of LGBTI+ people

Groups like Aleanca need support, and AFD Group is financing projects that promote respect, dignity and gender equality. Since 2020, AFD has backed the Aleanca project with the aim of strengthening the organization's ability to better promote the inclusion and protection of sexual minorities; to improve the protection and resilience of the LGBTI+ community and to promote a positive image of LGBTI+ people through advocacy and awareness-raising.

This support is part of AFD's commitment to social cohesion, one of the themes to which the Group is devoted, which includes the planet, the well-being of populations, peace and shared prosperity. 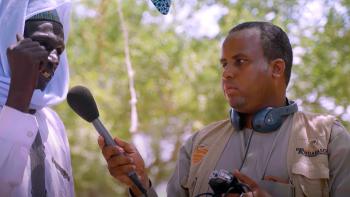