Being a Champ in Kenya: Much more than Boxing

Learning the ropes with Boxgirls Kenya © Sarah Waiswa / AFD
Self-defense, fitness, confidence, and more. Every week, girls from low-income areas in Nairobi head to the east side of the city to train with BoxGirls, Kenya. Some twenty women boxers take the girls through their paces, coaching them in the pugilistic arts – and beyond. The project, supported by AFD, has been a resounding success.

Word is clearly spreading about Boxgirls Kenya. The association now has some 628 active members, and counting. In 2020, it received €30,000 in support from the Sport en Commun fund, co-financed by AFD and FIFA.

Behind this women’s association stands a man. Analo Anjere, the founder of Boxgirls Kenya, is the only man in the group. Ever since he was young in Kariobangi in the Eastlands district, he has worked hard to break down boxing’s association with violence and its reputation as the exclusive preserve of men. And the moment came in 2007, when he saw an opportunity for the sport to serve society.

That year, Kenya was hit by an unprecedented wave of post-electoral violence. Eastlands, where the association is now based, and its underprivileged neighborhoods were especially hard hit, with women and girls in particular being the first victims. So the following year, Analo decided to “create a world where every girl creates her own opportunities,” and in 2008, he launched Boxgirls Kenya.

The aim of the “movement”, as Analo Anjere calls it, is to enable women and girls to develop self-confidence, defend themselves and deal with violence. The association’s mission is also to increase awareness among children and their parents on the subject of gender equality.

Fighters in the ring - and beyond

In the Baba Dogo neighborhood, Stacey Ayoma and Cynthia Nandwa meet with one of the groups of girls for a session to talk about setting goals. After a short warm-up led by the two coaches, Cynthia starts by questioning the young boxers about what a goal is. At the students’ suggestion, the initial topic is on an imaginary distribution of food in the neighborhood. Then comes a question-and-answer session: What kind of food? How many people? Where will the resources come from?

These exchanges would seem to have nothing to do with the sport, but they're an opportunity for the girls to visualize something as new to them as boxing, and imagine making it a reality. Their goals, in short, are the punches they throw.  And as they sweat it out, they see there are numerous ways to execute those goals, whether via jabs, hooks or uppercuts.

The girls stand in a circle around Stacey, who reviews the fundamentals: protecting your thumbs when clenching your fists, fists raised in front of your face for protection, arms stretched out at impact – again and again until they master the movements.

Boxgirls Kenya is also involved in projects aimed at helping girls in the neighborhood to make their voices heard. Every year, representatives are elected at each school. Training with the association helps the girls express themselves and implement actions to improve the conditions of girls at school, in the street and at home.

Men are also involved in the project and are viewed as allies rather than enemies. A new program has recently been developed for boys – some 400 so far – where gender roles are discussed. Naturally enough, the session ended with a boxing lesson given by…a woman. 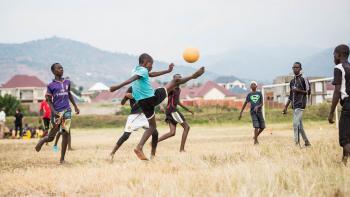 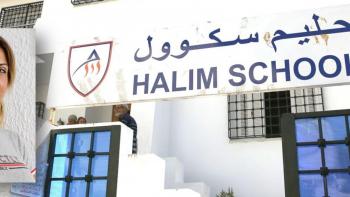 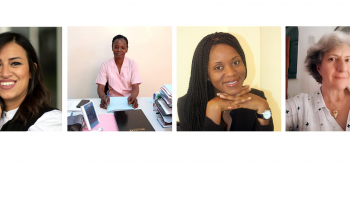