It was a hackathon with a purpose. Last month, Brazilian students and tech professionals got together to figure out how data can be deployed to build smart cities and help municipal officials deal more effectively with pressing public issues.

For two weeks, some 100 participants brought their expertise to bear in finding ways to improve urban planning at Hacker Cidadão, an annual hackathon. While previous editions focused on the development of applications and websites, the key theme for this year’s event was the creation of data visualization (dataviz) to improve access to essential services.

Emprel, a local semi-public company, organized the event, and AFD contributed through the Fund for Technical Expertise and Experience Transfers (FEXTE), with support from Datactivist, a French cooperative company specializing in open data.

More than 20 tech mentors from all over Brazil participated online. Keynote talks and webinars were made available to participants on the event website.

IT specialists used data visualization to examine the concept of the “15-minute city”, an idea developed by Professor Carlos Moreno at the Sorbonne in Paris, where one can access the essentials in a quarter-hour on foot or by bike. Participants examined data for the city of Recife in Brazi’ls northeast (population just over 1.6 million) to find out how to make the city better connected and effectively make it a “smart city.”

Applying Prof. Moreno’s concept to the city of Recife, the study was carried out over three phases. First, they mapped the public facilities in Recife with reference to six priority areas: access to health, accommodation, education, food, leisure and culture. They then analyzed the location of services and facilities in the city using data visualization. Finally, they proposed ways to improve connectivity and access to services.

And the winners are…!

Move Recife focused on housing and getting to work by bicycle in the city. The group used not only the data provided by the municipality but gathered information from several other sources as well.

The team then broke down the data by socioeconomic group, and discovered for example, that it was mainly working class commuters that used bicycles to go to work, while too many of the cycle paths were in neighborhoods where people don’t use bicycles as their main means of transport.

Second place went to a team that focused on three main areas: work, health and education. They identified problems such as the poor coverage of high schools, a lack of public hospitals and insufficient cycling facilities. As a result, Récifé has since developed a platform using open data where public officials can identify gaps in municipal services.

The Cicloviz team also set out to address the lack of facilities (such as for health and education) as well as the issue of traffic safety, especially for cyclists who lack facilities and infrastructure. They developed an online platform to gather data from several sources (public, private and associations), and produced dashboards to help public officials identify problems and pitfalls, and draft solutions. 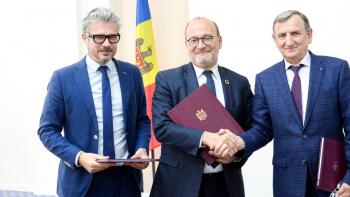 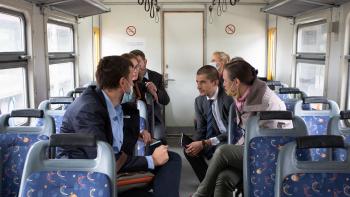