The Agence française de développement Agency is supporting, through the Smart City program, the municipalities of Tirana, Podgorica, Pristina, and Skopje in their urban planning, using a digital approach that is resilient to the consequences of climate change. This technical assistance program has resulted in the development of digital local action plans in each of the cities involved in the program and the organization of a regional Seminar hosted in Skopje

The regional Seminar on Smart City organized by AFD on May, 12 and 13 was an important step in the implementation of the multi-city technical assistance program financed by AFD and implemented by its technical partner, Espelia. Main issues discussed were digital challenges to modernize the relationship between the citizens and the administrations, using of the power of data for urban optimization and transparency, inhabitants and civil servants empowerment in regards of the high challenges brought by digitalization. The creation of a regional network on Smart Cities was also at the center of discussions between participants.

After several month of commitments and deep work, AFD was very proud to have supported successfully the drafting of “Digital cities action plans” for each municipalities that are strategically addressing cities’ needs for sustainable and digital growth. Those plans were designed by the municipalities and reflect their visions and priorities. Digital technology is undoubtedly bringing new opportunities for municipalities to bring urban development policy and program that make cities more sustainable and inclusive for the inhabitants.

According to Dominique Hautbergue, Head of the Western Balkans Regional Office based in Belgrade, “those strategies will support short and long term visions of the cities, and wish that their implementation will be translated by programs and projects, fitting the needs of the cities”.

This technical assistance programme has also enabled to strengthen sectoral dialogues and to promote French-Balkan exchanges. City visits were organized in France in September 2021, where delegations of the four cities were able to exchange with their French peers on their common challenge related to digitalization. Dijon, Rouen, Ile de France were stages of this Tour de France of smart cities. AFD expect to become long-term partners with City Capitals in the Balkan region. 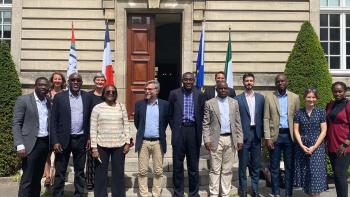 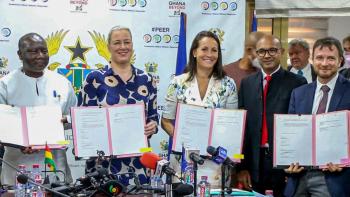 Ghana Receives a Grant of €44.7M from the European Union and France to Build Irrigation Infrastructure in Northern Ghana