©DR
A brand new coalition has been set up to boost the energy transition across Southeast Asia. In collaboration with public donors and private foundations, France, via Agence Française de Développement (AFD), the German Federal Ministry of the Environment and the Children’s Investment Fund Foundation, have launched the South East Asia Energy Transition Partnership. The aim of this unprecedented coalition is to ramp up the energy transition across the region, with an investment package of $50 million.

The coalition wrapped up business with an important announcement. The 38th meeting of Energy Ministers for the Association of Southeast Asian Nations – Energy Business Forum (AEBF), which concluded on November 20, in Hanoi (Vietnam), provided a platform for the official launch of the South East Asia Energy Transition Partnership (ETP).

Established during the One Planet Summit in 2017, this unprecedented coalition is made up of public donors as well as private foundations. “AFD Group is proud to be a part of the South East Asia Energy Transition Partnership,” said Rémi Rioux, Chief Executive Officer at AFD. “This initiative is fostering cooperation between public donors and private foundations to accelerate the energy transition in Southeast Asia in line with the Paris Agreement. By gathering diverse stakeholders willing to collectively support Indonesia, Vietnam and the Philippines to unlock their potential of renewable energy, this coalition fosters partnership-oriented initiatives to scale-up green finance.”

This partnership, comprised of stakeholders who have already invested in this part of the world, has two objectives: to streamline coordination efforts through effective governance that includes all donors and countries in the region, and to pool expertise on innovative working practices in order to focus the response to climate change.

The ETP has committed to financing technical assistance over a five-year period, in order to ramp up the energy transition of countries in Southeast Asia through a $50 million investment fund ($20 million has already been approved, another $10 million is currently under discussion, and many more contributions are expected). This fund will be managed by the United Nations Office for Project Services (UNOPS). “I commend the donors of the Energy Transition Partnership for establishing a new and forward-looking, dynamic and agile platform to support Southeast Asia in its efforts to achieve climate and sustainable development goals,” said Samina Kadwani, UNOPS Director for Thailand, Indonesia and Pacific Countries.

In this initial stage, the ETP is primarily targeting Vietnam, Indonesia and the Philippines, with initiatives based on four fundamental pillars. The first involves supporting the development of policies for renewable energy and energy efficiency. This goal can be achieved by building the capacity of governments in these countries in terms of planning and implementation. It also relies on improving renewable energy and energy efficiency policies, regulations and laws.

Another area of focus is to attract greater public and private investment in renewable energy and energy efficiency. “To achieve this, supporting policies, regulations, and fiscal and financial laws to facilitate this kind of investment is key,” said Mathilde Bord-Laurans, Head of AFD’s Energy Division. “It will also require increased project financing, risk mitigation instruments and support for new and innovative initiatives.”

Integrating a larger proportion of renewable energy into ever-evolving smart grids is also an effective way of supporting the energy transition of Southeast Asian countries. For such initiatives to succeed, technical expertise for power grid planning and operation must be provided, as well as financial stimulus to improve energy infrastructure.

However, no progress will be made without further investment in human capital, development of expertise and a public awareness campaign. This will rely on the sharing of knowledge on renewable energy and energy efficiency with stakeholders in the field and the wider public. Success will depend on building local capacity in order to implement the energy transition.

Expertise and useful tools for decision-makers

The Children’s Investment Fund Foundation (CIFF), is a private law foundation, highly active in the fight against climate change, and one of the founder members of ETP. “Asian countries committing to net-zero emissions by mid-century have re-energized global momentum on climate,” said Kate Hampton, CEO of CIFF. “The South East Asia Energy Transition Partnership is a bold initiative at a crucial time.

It will provide policymakers in Vietnam, Indonesia and the Philippines with the evidence and expertise required to make the clean energy transition, bringing green jobs, and cheaper and cleaner electricity.” Other foundations are now following CIFF’s lead and are preparing to join the partnership in the coming weeks.

The public sector is also playing its part, with the German Federal Ministry of the Environment (BMU) opting to align its Clean, Affordable and Secure Energy for Southeast Asia (CASE) program with the ETP. “We value the partnership’s contribution as a forum for exchange and coordination with engaged stakeholders,” said German Federal Environment Minister Svenja Schulze.

The United Kingdom, through its Department for Business, Energy and Industrial Strategy (BEIS), as well as Canada, are also expected to contribute in the near future. 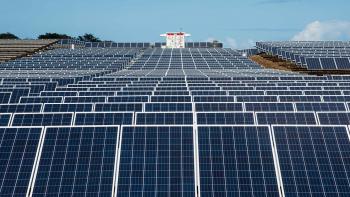 Call for Projects to boost digital innovation in the energy sector 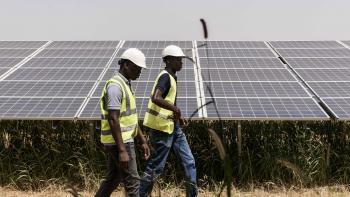 Improving Access to Energy in Africa with Digital Innovation 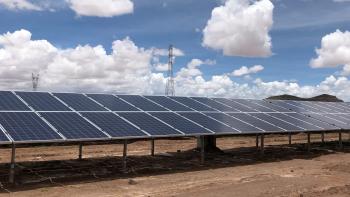