© Oriane Zerah for Proparco
On 12 November 2020, at the Finance in Common Summit, a high-level event on gender equality led to a joint statement on four priority focus areas for gender equality and women’s empowerment.

When it comes to gender equality, development banks also have the power to make a difference. Organized on 12 November from Paris during the first summit gathering the world’s 450 development banks and hosted by Agence Française de Développement (AFD), a high-level event on achieving Sustainable Development Goal n° 5 focused on the role and impact of these banks unlike any other in promoting gender equality.

“We need new partnerships and innovative financing to tackle growing gender inequalities. Major efforts have been made and Public Development Banks have played an important part in this achievement, but we need to do more”, said Delphine O, Secretary General of the Generation Equality Forum, at the opening of the discussions.

Further reading: Finance in Common Summit, all our articles

“A number of Public Development Banks have already decided to mainstream gender into their operations and measure the impact of their action on reducing gender inequality”, said Rémy Rioux, Chief Executive Officer of AFD, adding to the first assessment made by Delphine O. “But we need to go that extra mile, so we’re launching a movement to rally all the Public Development Banks around women’s empowerment and gender equality”.

Beyond the issue of the modes of financing or partnerships to put in place, Vanessa Moungar pointed towards the decisive role that women are currently playing in the economy, especially in Africa: “Moving forward on gender equality means boosting economic growth. Women are drivers of the economy. Africa has the highest rate of women entrepreneurs and they invest in all sectors, such as health, education and citizenship.”

So, what could be the drivers to boost women’s leadership and promote gender equality? Two years ago, the International Development Financial Club (IDFC) set up a working group on strengthening gender equality coordinated by TSKB. “It allowed us to identify the priority issues to work on, starting with the omnipresence of women in the informal economy”, said Meral Murathan.

The 2x Challenge network, which was coordinated in 2019 by FinDev Canada, has also mobilized the Development Finance Institutions of the G7 countries on gender equality financing in the private sector, as Anne-Marie Levesque pointed out. Seblewongel Negussie underscored the importance of continuing to further develop the links between gender and climate change to achieve the SDGs.

These discussions also provided the opportunity to point out the new risks faced by women during this health crisis, which is coupled with an economic, social and environmental crisis. And we are still struggling to measure its long-term effects. Urgent action is therefore required, prompting the participants of the panel to define four priority focus areas for Public Development Banks.

They are set out in the Paris Development Banks Statement on Gender Equality and Women’s Empowerment:

1.    Strengthen the commitment of PDBs to gender equality by developing an institutional strategy on this issue;
2.    Increase funding through a gender lens investing approach;
3.    Contribute to gender-responsive climate change policies;
4.    Improve dialogue and collaboration with all stakeholders committed to gender equality, including feminist civil society organizations.

This statement was signed by 25 development banks, including the three banks that were panelists at the event. These four objectives will give the committed stakeholders a major role in the achievement of SDG n° 5, which will also be central to the action of the Gender Equality Forum in June 2021. 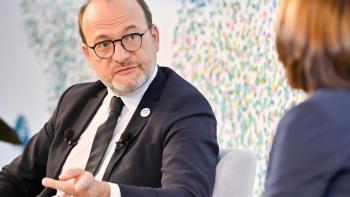