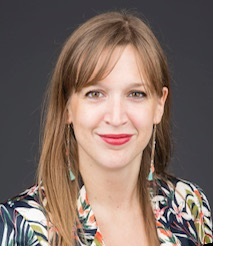 What impact is the Covid-19 pandemic having on gender equality?

Mar Merita Blat: If we look at the situation from a global perspective, first and foremost, we can see that, proportionally, women are more exposed to the virus on a daily basis than men, as they make up 70% of the workforce in social and medical-social professions.

The crisis is also having a considerable impact on women’s access to healthcare and in particular, to sexual and reproductive health services.Furthermore, in the countries where lockdown measures have been enforced, it is still women who do most of the domestic and family chores, which puts additional strain on their mental health.

Lockdown measures have also led to a sharp increase in gender-based violence within couples, and a heightened feeling of insecurity for women in the public domain.

Also, the economic recession triggered by this lockdown is already having a more severe impact on women, because they do the jobs that are most exposed, particularly in the hotel, commercial and tourism industries and more importantly, in the informal employment sector, which has been hit hardest by the current crisis.

What new risks does the current health crisis pose to women's access to healthcare, on a global scale?

Firstly, it is important to understand that most of the time, women are perfectly willing to go to the doctor to seek treatment for their children or spouse. However – and this is particularly true for families in the most vulnerable situations – they will always put caring for themselves last. This phenomenon has already been observed in the current crisis.

The second negative effect that we have seen is the sharp decline in the availability of pregnancy monitoring services and number of places available in maternity wards. In many countries, the saturation of ER departments and the healthcare system in general, implies that there is a lack of access to care for pregnant women, who have been ranked as a “second priority.” That is extremely worrying.

Sexual and reproductive rights are also particularly at risk, including access to abortion. According to a paper published in April by the United Nations Population Fund (UNFPA), the closure of family planning centers and supply shortages could deprive between 13 and 51 million women of access to contraception, depending on the extension of lockdown measures and the extent of disruption to the healthcare sector.

This could result in between 7 and 15 million unwanted pregnancies. This issue is intrinsically linked to the rise in gender-based violence during lockdown.

How is women’s financial security jeopardized?

The crisis has highlighted the fact that women work in jobs that are poorly paid and undervalued by society. That is, until the virus took over our lives. Since then, jobs such as nurses, cashiers, cleaners, have ultimately proved to be essential.

We must hope that the current crisis is a catalyst for a real paradigm shift, with a reform of the remuneration systems for these professions and a change in public perceptions. Awareness of these issues has been raised in recent weeks, and this must be transformed into action.

The crisis is affecting women all the more because they account for the majority of workers in the industries hit hardest by lockdown, particularly the hotel, tourism and commercial sectors. That is why the measures aimed at mitigating the economic crisis should promote the consideration of gender-based statistics and develop initiatives which take into account gender inequalities.

There has also been an upsurge in domestic violence. What can be done?

The first solution is to reinforce existing early-warning systems, which is what has been done in France. The telephone or digital systems in place for female victims of violence have been improved or expanded, and for the lockdown period, a specific warning system has been introduced in pharmacies, via the code “mask 19”, if their spouse is present. “Temporary support points” have also been set up in shopping centers.

The second solution consists of intervening directly with violent partners. France has taken this approach by establishing a counseling hotline for people in this situation. I believe that, in the long term, in order to develop a more effective way of dealing with this issue, there will need to be greater coordination between the various legal, health, medical and social entities involved in combating violence against women.

What is the international community doing to mitigate the various risks?

To address these issues the United Nations published a policy brief, and Secretary General Antonio Guterres asked governments to include respect for gender equality in their Covid-19 response, in line with the Sustainable Development Goals. States – including France – have launched a number of these kinds of initiatives to combat gender violence.

How does AFD integrate gender issues into its own response to the Covid-19 crisis?

The “Health in Common” initiative, launched by AFD as an urgent response to this crisis, includes projects that have been analyzed through the lens of gender, in accordance with the methodology laid out by the OECD Development Assistance Committee. Ongoing projects have been adapted to integrate a gender-based approach, and this has been extended to the urgent Covid-19 response.

For example, on a project aiming to improve the health of vulnerable communities in Benin, a new line of work was developed following the coronavirus outbreak, to prevent and combat violence against women by providing an integrated, high-quality healthcare service for emergency obstetric and neonatal treatments and for non-communicable diseases. 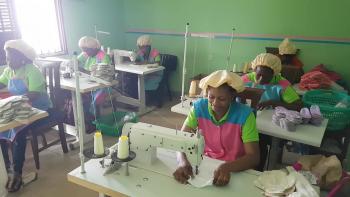 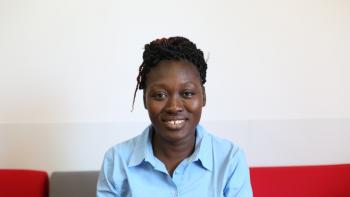 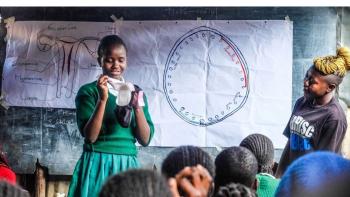 Margaux Chinal (AFD): “Periods Should No Longer Be Taboo!”