© D.R
Training workshops in urban development and resilience were held in the two Vietnamese provinces of Bac Kan and Ha Nam in early April, with an eye to designing sustainable and integrated water management projects in Vietnam. With a preparation study implemented by the Cities Development Initiative for Asia (CDIA) the projects will receive AFD loans for infrastructure investment, and grants for capacity development from the European Union.

The expansion of urban areas to accommodate a growing population has resulted in a decline of green spaces and an increase in the amount of impermeable surfaces, which are prone to flooding, and put high pressure on water resource management in Vietnam’s cities.

One of the countries most affected by climate change, Vietnam is already experiencing increasingly frequent and intense water-related hazards, such as floods and droughts.

Although miles apart and geographically different, both Bac Kan city in Ban Kan province and Phu Ly city in Ha Nam province suffer from water-related issues. Due to its hilly terrain and the encroachment on riverbeds and streams, Bac Kan is vulnerable to landslides and flash floods. On the other hand, located at the confluence of several rivers in the Red River delta and due to rapid urbanization in lowland areas and an inefficient drainage system, Phu Ly faces frequent flooding and water quality problems.

To help the two cities address these problems, AFD and the Vietnamese Government have come up with two projects that aim to improve urban development and climate resilience. Now at their preparation stage, the projects take an integrated approach to the design of infrastructure, taking into consideration environmental, social and economic factors.

‘’When thinking about water-related disaster responses, infrastructure improvements like river embankment and dredging often come first to our mind. However, little attention is usually paid to factors contributing to the vulnerability of communities and whether or not the infrastructure will help the community better adapt to and recover from disasters”, said Vu Canh Toan, a climate change expert in urban resilience who participated in the workshop.

At the training session in Bac Kan, for example, discussions revolved around whether the enhancement of the Pa Danh and Nong Thuong streams could be combined with parks or environmental zones.

“It is important to make sure the infrastructure [that we are going to build in the two projects] are based on nature as much as possible,” said Cécile Leroy, Program Manager from the European Delegation to Vietnam. “They should allow people to live with nature while being protected from climate change.”

The two projects are to be financed by a €16.6 million contribution from the provincial and Vietnam governments, a €48.3 million loan from AFD and a €3 million grant for capacity building from the EU through the Water and Natural Resources Management Facility (WARM).

In addition to promoting an integrated approach, the projects aim to improve awareness of resilience and climate change among provincial and city officials, to help them better understand and apply integrated practices in urban planning. This component, funded by the EU through the WARM Facility, can take the form of technical assistance, training workshops, sharing of experiences and study tours.

Training sessions in urban resilience were also an opportunity to tackle the question of capacity building. “There is a shortage of local officials with expertise in climate change,” said Nong Duc Huy, Head of Environment Unit at Bac Kan’s Department of Natural Resources and Environment (DONRE). Yet, he adds, “it is a common belief that the development and implementation of a climate change adaptation and response plan is the sole responsibility of DONRE.” This can make it difficult for cities like Bac Kan and Phu Ly to formulate and implement comprehensive climate change strategies.

The goal is to boost capacity, and enable the two cities to develop a strong, sustainable and inclusive response.

“Apart from the hard infrastructure, capacity development is the ‘soft component’ that brings added value to the project,” said Virginie Bleitrach, AFD’s Deputy Director in Vietnam. “It will contribute to the cities and the provinces’ sustainable development in the long run.”

The content of this publication falls under the sole responsibility of the AFD and does not necessarily reflect the opinions of the European Union.

Innovating for the Climate and Biodiversity: 5th Edition of the AFD Digital Challenge AFD Group’s 2020 Results: a Rapid Response to the Crisis while Maintaining the Long-term Focus Empowering Indigenous Communities in the Amazon 7 Innovative Projects using Data to Combat Covid-19 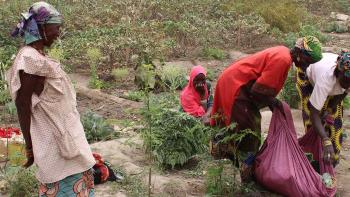 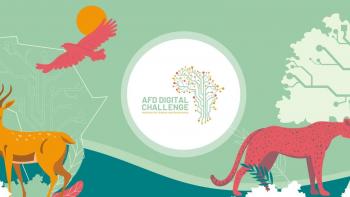 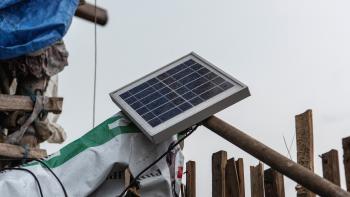