Biodiversity Infrastructure
Eurasia and Beyond Indonesia 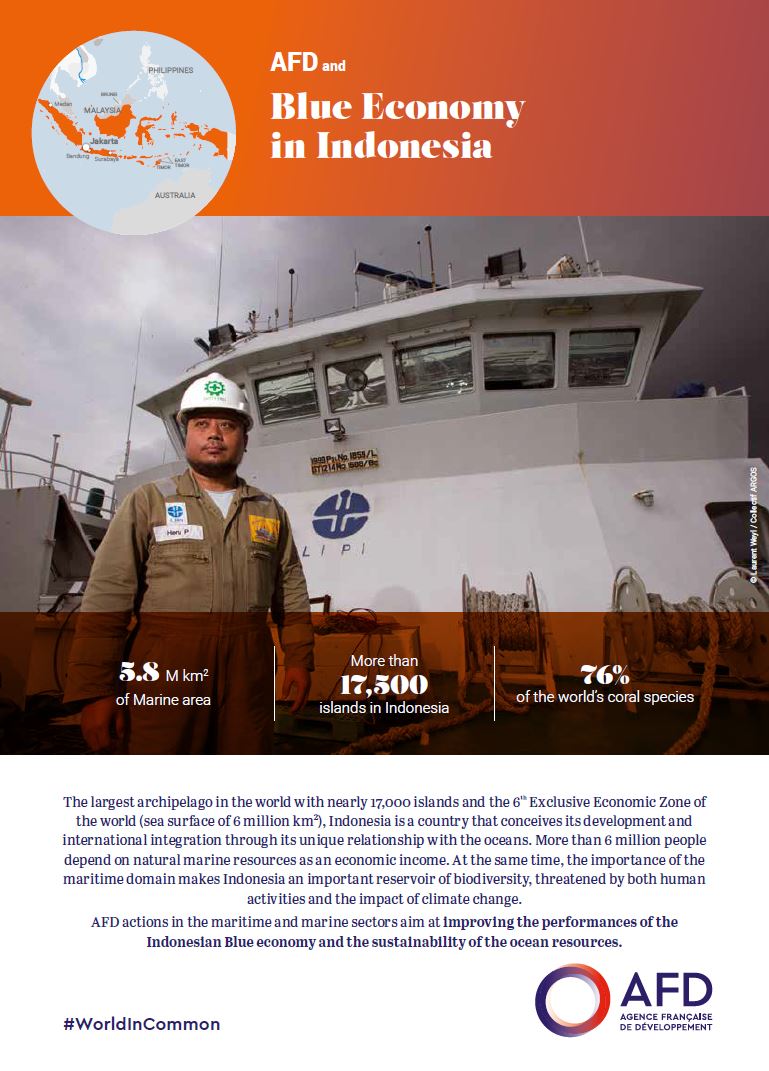 The largest archipelago in the world with nearly 17,000 islands and the 6th Exclusive Economic Zone of the world (sea surface of 6 million km²), Indonesia is a country that conceives its development and international integration through its unique relationship with the oceans. More than 6 million people depend on natural marine resources as an economic income. At the same time, the importance of the maritime domain makes Indonesia an important reservoir of biodiversity, threatened by both human activities and the impact of climate change.

AFD actions in the maritime and marine sectors aim at improving the performances of the Indonesian Blue economy and the sustainability of the ocean resources.