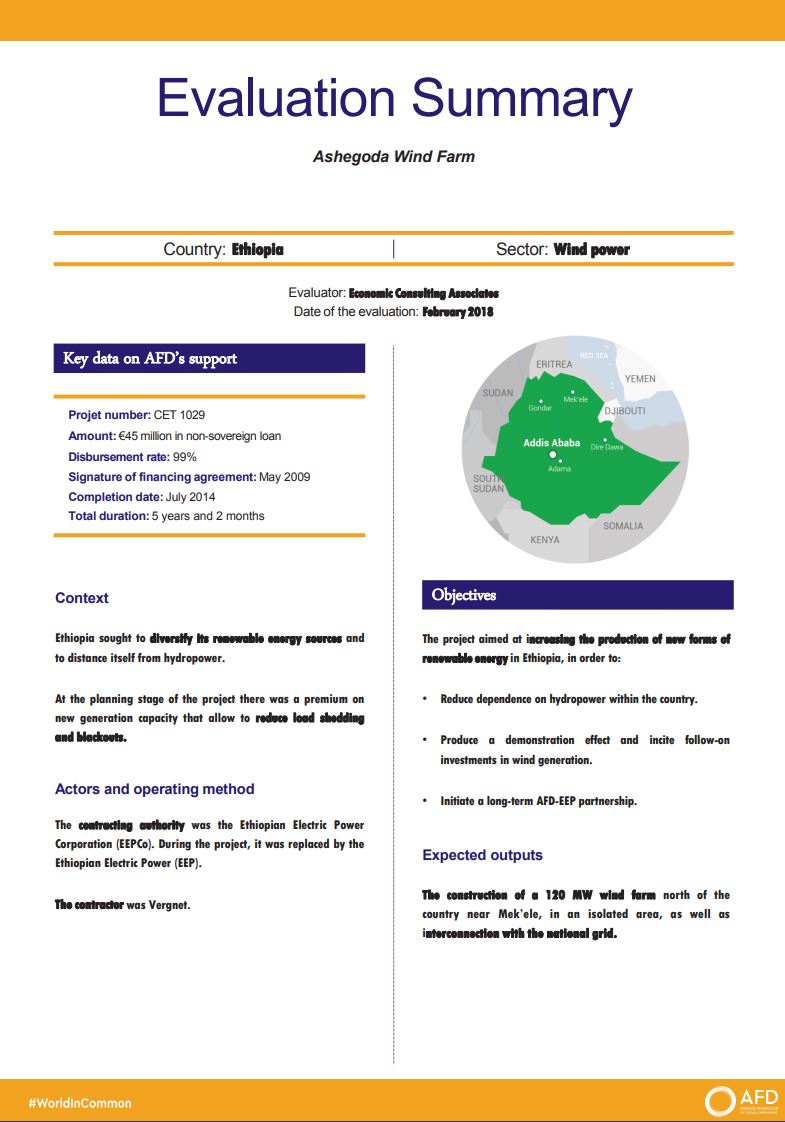 In Ethiopia, for the “Wind power” sector, the project to support the construction of the Ashegoda Wind farm was subject to an evaluation in February 2018.

The Ethiopian government sought to diversify its renewable energy sources to distance itself from hydropower. The project aimed at increasing the production of new forms of renewable energy and hoped to produce a demonstration effect – inciting similar initiatives elsewhere.

The project was highly relevant and in keeping with the national objectives. The performance of the wind farm fell well short of what had been predicted, but the evaluator believes that this is most likely due to an overestimation of the long-term mean wind speed at the site in 2006. The project otherwise fulfilled its objective of being a demonstration project and has encouraged the planning and the launch of new wind power projects. Issues with contractor personnel have however jeopardized the sustainability of the project.