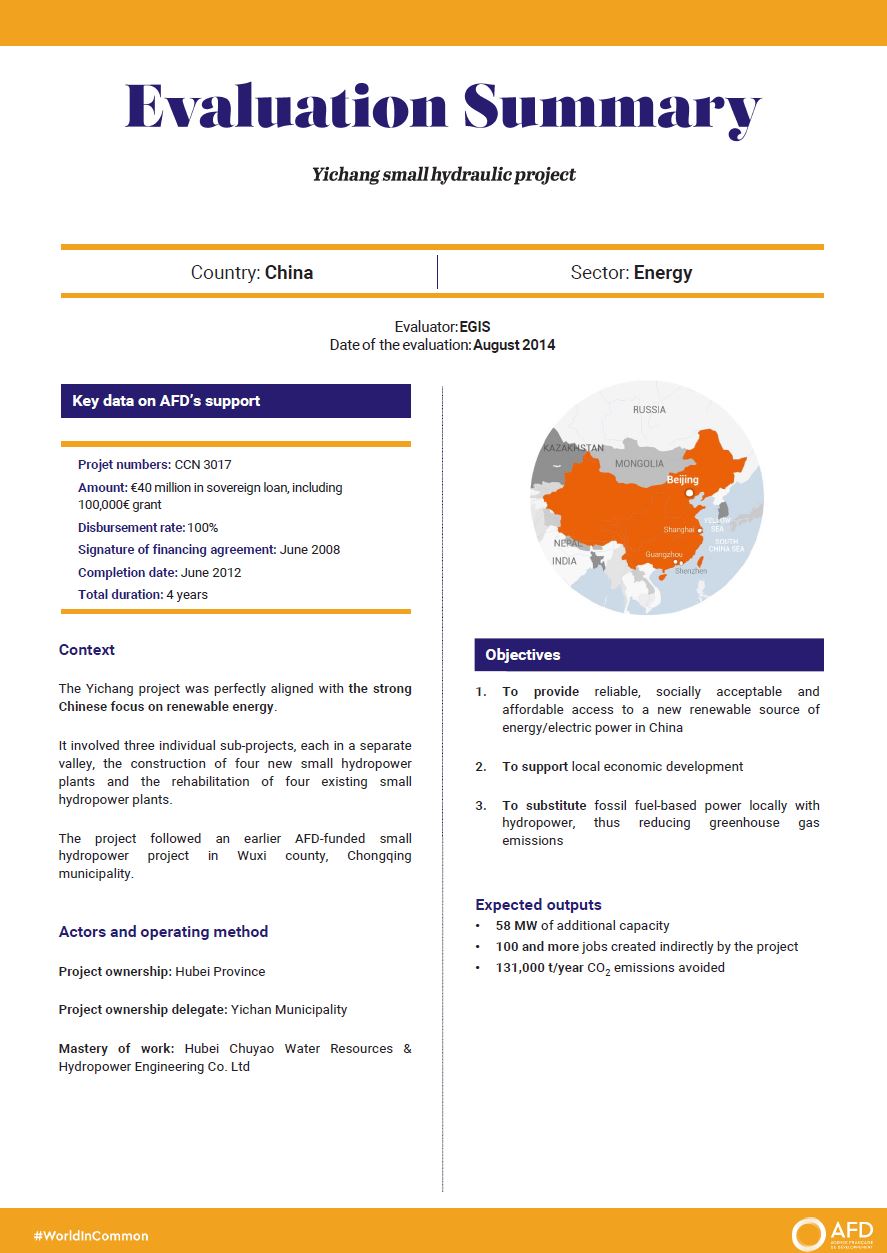 In China, for the “Energy” sector, the Yichang small hydraulic project was subject to an evaluation in August 2014.
The project was perfectly aligned with the strong Chinese focus on renewable energy. It followed an earlier AFD-funded small hydropower project in Wuxi county and included the construction of four new small hydropower plants as well as the rehabilitation of four existing plants.

The project met the needs of the beneficiaries and the hydropower stations that have been built are consistent with Chinese national standards. They are functional and should operate successfully for their entire design lives should they receive timely and proper maintenance. There is no evidence of the plants’ alignment with international standards. The project allowed for the creation of jobs for local populations and the construction of roads. The evaluators recommend that AFD should better define its criteria for financing projects in China, as this project would probably have been financed by China within a few years. It should also ensure regular on-site visits by its staff and retain suitable international technical consultants to review large infrastructure projects such as this one.