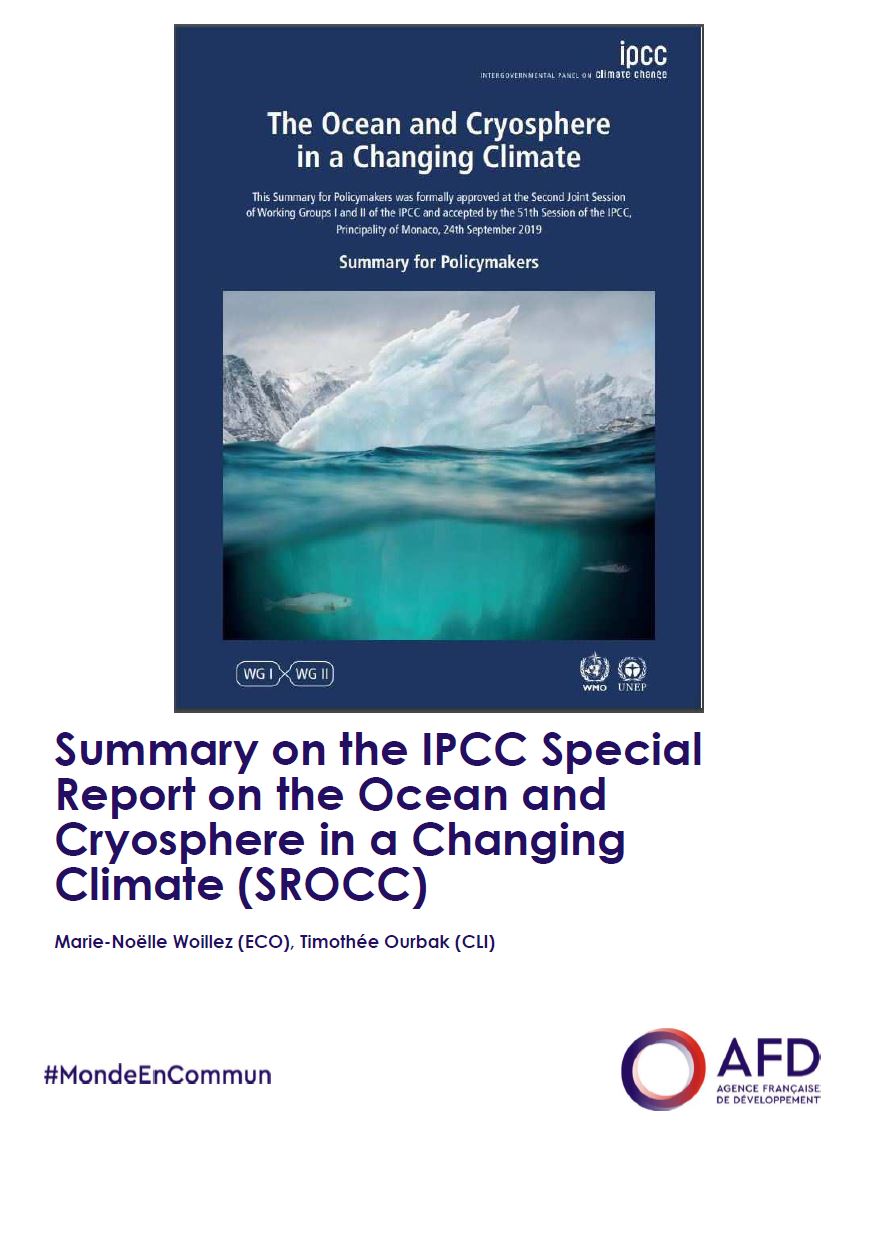 This latest report and its summary for policymakers (SPM) were adopted on September 24, 2019 in Monaco. If the SPM, which is the result of negotiations between governments, is only around 40 pages, the underlying report to the SPM is impressive (more than a thousand pages). This work of evaluation and synthesis of nearly 7000 scientific publications mobilized about a hundred authors from 36 countries, including 19 developing countries or economies in transition.

It takes stock of the already observable consequences of global warming for the oceans and the cryosphere, projections for the coming decades, impacts on human societies and ecosystems and adaptation options. This note is a decryption of the main conclusions to have a global vision of the challenges and proposals made by scientists on the subjects of the links between climate change, the ocean and the cryosphere.