© Cynthia Butare / AFD
In the throes of Covid-19 crisis one month ago, France and Rwanda signed two funding agreements. The first will help the East African country in its fight against the pandemic. The second will support the drive to provide vocational training for young people. AFD's visit at the end of June was its first to the country in nearly 30 years.

AFD is assisting Rwanda via two agreements signed on 30 June worth some €50 million in loans and grants. This financing is part of a process to revive the partnership between Rwanda and France, in support of the Rwandan population, especially its youth.

“Exactly a year after my first visit to Rwanda in June 2019, I am pleased to see the progress we have achieved in resuming AFD’s activity with the Rwandan Government”, says Rémy Rioux, Chief Executive Officer of AFD.

In the aftermath of the genocide of 1994, Rwanda made a major recovery. Communities worked toward reconciliation. The economy recovered rapidly, with GDP growing by an average of 8% a year. The poverty rate declined from a height of 77% of the population in 2001 to about 55% in 2017, and life expectancy doubled in the last two decades.

Despite these improvements, Rwanda faces persistent challenges, especially in health and education.

AFD’s financial support is set out in several agreements. The first is for a €40 million budget support loan to finance the strategy to combat the Covid-19 epidemic and the plan for social measures established by the Rwandan authorities.

The health component of this loan will finance the increase in the country’s diagnosis capacity (tests, laboratory equipment), infection prevention in health centers (setting up isolation centers, personal protective equipment) and improvements in the treatment of infected patients. In the longer term, it also aims to increase the capacity of Rwanda’s health system.

On the social front, the loan will contribute to providing financial support to 150,000 households and distributing food to 75,000 households, including for pregnant women and children under the age of two years old. Some 212,000 families not covered by the social welfare scheme will also benefit from financial and food support.

In addition to the budget support loan, AFD has allocated a €2 million grant to the International Committee of the Red Cross, which will ease the burden on the most vulnerable households, in partnership with the Rwandan Red Cross and the country’s authorities.

The second agreement is for a €5.8 million grant to support the development of the country’s vocational training system. AFD will also be making available €1.7 million for technical assistance from the French operator Expertise France. The revival of sovereign financing and the upcoming reopening of an office in Kigali reflect AFD’s commitments to Rwanda and give new impetus to this partnership. 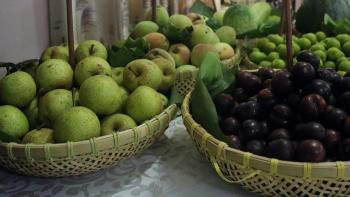 France and Vietnam: Boosting Farmers’ Resilience in the face of Climate Change 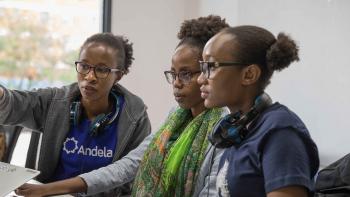 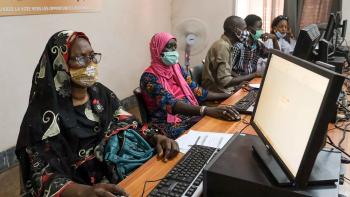