©Eric Robert
AFD is supporting a large-scale program to help several Amazonian territories in the fight against deforestation and the transition to sustainable development models.

Three months after receiving a €9.5 million grant from AFD, the TerrAmaz program was officially launched in Ecuador on Friday December 4. On hand to observe were Paulo Proaño, Ecuador’s Minister for the Environment and Water; Jean-Baptiste Chauvin, French Ambassador to Ecuador; Edison Mejia, Manager of the Yasuni National Park; Xavier Villaverde, representing the Fondo Ecuatoriano Populorum Progressio (FEPP) organization; and Jorge Chalcualan, Director of the Ministry of Agriculture and Livestock for El Coca in Orellana province.

Initially focusing on five pilot sites (in Brazil, Colombia, Peru and Ecuador), the TerrAmaz program plans to support several Amazonian territories in the fight against deforestation and the transition to sustainable development. Scheduled to run for four years, the program is being coordinated by the Centre de Coopération Internationale en Recherche Agronomique pour le Développement (CIRAD), in partnership with ONF International, subsidiary of the French National Forests Office (ONF), the Agronomes et Vétérinaires Sans Frontières (AVSF) association and FEPP.

Further reading: TerrAmaz: €9.5 million to fight against deforestation and support development in the Amazon

Based in the east of Ecuador, the Yasuní National Park pilot project will resume and develop sustainable management of this site, with its rich wealth of biodiversity, while launching initiatives to support indigenous communities. The project will also support farmers in the region to establish land rights, in addition to producing needs analyses to strengthen local supply chains, and advising the Ministries of the Environment and Agriculture on delimiting the park, as well as forest and agricultural lands.

Alternative sources of financing will also be established: autonomous funds will be managed by the FDV committee and the “zero deforestation” plan will be set up by the FEPP microcredit development bank.

The TerrAmaz program is fully in line with France's commitment to promoting an International Alliance for the Preservation of Tropical Forests, and with its National Strategy to Fight Imported Deforestation (SNDI).

“I’m delighted that AFD Group, conscious of the threat posed to humanity’s very existence due to the loss of biodiversity in the Amazon rainforest, is mobilizing its resources to support these territories by providing the TerrAmaz project with funding, at the request of the President of the Republic and the Government,” says Rémy Rioux, AFD’s Chief Executive Officer. “Protecting our ecosystems is a top priority for AFD, which is determined to play its part in achieving the Sustainable Development Goals and building a world in common.” 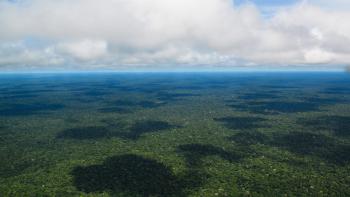 Bioeconomy: Protecting Biodiversity for an “Economy for Life”