The Brain Drain: What Do we Know? 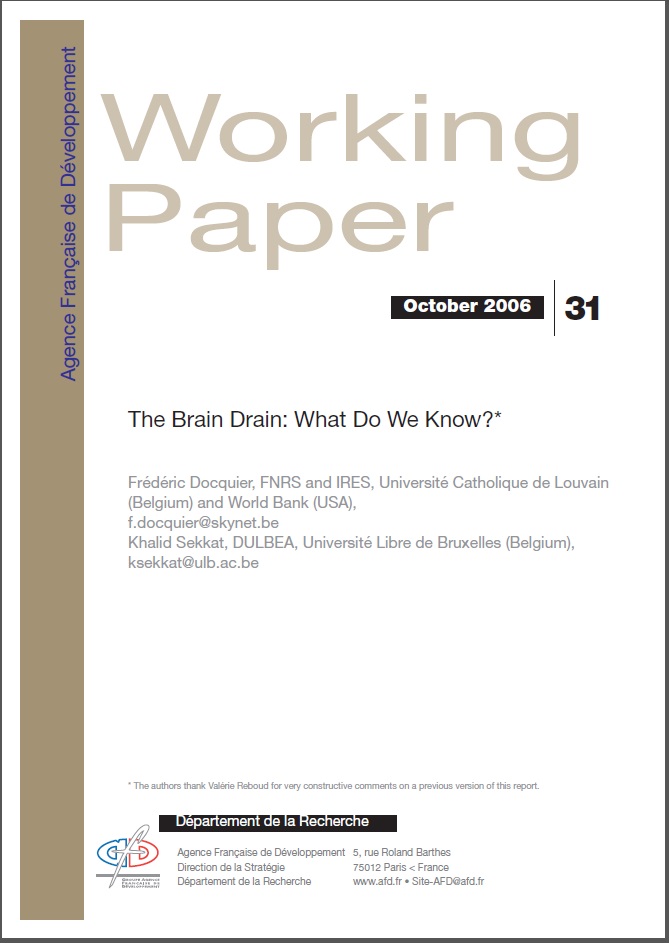 Research document
For the last decades, the pace of international migration has accelerated. The number of international migrants increased from 154 to 175 million between 1990 and 2000 and is nearing 200 million in the recent years. The consequences for countries of origin and destination have attracted the increased attention of policymakers, scientists and international agencies. In particular, the migration of skilled workers (the so-called brain drain) is a major piece of the migration debate. The transfer of human resources has undergone extensive scrutiny in developing countries, but also in industrialized countries such as Canada, the United Kingdom and Germany, where an important fraction of talented natives are working abroad. As part of globalization process and given the orientation of immigration policies in some receiving countries, the brain drain issue becomes more and more important.
pdf : 648.77 KB
author(s) :
Frédéric DOCQUIER
Khalid SEKKAT
collection :
Document de travail
pages :
34
number :
31
available also in : en
download
648.77 KB (pdf)
downloaded 3723 times