© Kadé les productions
AFD Group and Gabon are working together to implement the Education Sector Investment Project, a €154 million loan to build between 500 and 600 new classrooms in Libreville and Port-Gentil. This ambitious project will begin to make up the national shortfall of 5,000 classrooms and reduce the average number of children per class to 50.

The school year coming to an end in Gabon saw smaller classes and more students attend, thanks in part to the Project for Investment in the Education Sector (PISE). At the start of the 2021 school year, 10 new school complexes were completed in the capital Libreville, accommodating more than 15,000 students. Five more schools will be constructed by the end of 2022. In addition, a cluster of 13 schools – some of which are based in Port-Gentil – will be completed by 2023. In total, the project will lead to the construction of 28 new school complexes.

Work is also being done on governance in the education sector. Six new legal acts have been published and more than 220 people have been trained in school management as part of the project. Planning in the sector has been improved with the introduction of a statistical yearbook of national education, produced with the support of UNESCO, prefiguring the approval of Gabon’s next education sector plan. Finally, a school maintenance assessment has been carried out, in line with a wider national policy on school maintenance, which is currently being finalized.

By adopting a modern “ready-to-go” infrastructure, the PISE project has constructed and delivered 28 schools in about three years, playing a major part in improving educational infrastructure in Gabon.

AFD and its Gabonese partners reported PISES’s encouraging initial results at the Night of Ideas held on April 1, 2022 at Gabon’s French Institute, which included a conference promoting the math teaching profession, and a short film on PISE schools. This conference aimed to inspire students attending the Libreville high schools specializing in the sciences to follow this career path due to a lack of math teachers in Gabon.

The short film showcased the PISE project’s contributions and its impact on beneficiaries (students, teachers, school principals, parents), as well as AFD’s role as Gabon’s technical and financial partner. 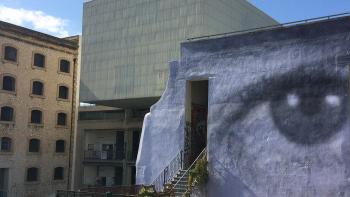