© DR
On 31 October 2000, the United Nations Security Council adopted Resolution 1325 on women, peace and security. This resolution recognizes the impact of armed conflicts on women and girls, and works for their protection and full participation in peace agreements. Exactly 20 years on, here are four portraits of women who, each in their own way, are making a difference.

Despite substantial progress, the participation of women in decision-making remains limited, especially in terms of conflict resolution. How to change the situation?

We have put the question to four women of action who are working on the ground on finding solutions, and they all begin with the same answer: we need to hear the voices of women and make them heard, and actually “listen to what they say.” This is what Aïssata Sankara, a journalist from Burkina Faso, recommends.

“By protecting and supporting this voice,” says Dorothée Gandia, a nurse at the Friendship Hospital in Bangui. And while peacemaker between Lebanese communities, Sarah Al-Charif, urges overall empowerment, Catherine Bonnaud, AFD’s Director for the Middle East region, says there is first a need for “women to have confidence in themselves” and find “the commitment to be actors of change.”

The way forward begins with education - essential to “change mentalities, give young girls confidence in themselves and offer them role models,” says Catherine Bonnaud. Just like these four inspiring women.

Sarah Al-Charif – “I want to bring people together”

In 2012, Sarah Al-Charif founded the Lebanese branch of the Ruwwad al-Tanmeya association. The objectives: help empower young people and women through studies and work.
With her studies, Sarah Al-Sharif was destined to work in finance. But making money was not for her. When she graduated, she sought to have a social impact. In Tripoli, her home town in Lebanon, she moved into a building in a street which serves as a dividing line between Sunni and Alawite neighborhoods and turned it into a meeting space for young people.

At the time, clashes were raging between the two communities. However, “It isn’t a question of starting a conflict resolution process, but of uniting people,” says the young woman. Sarah Al-Sharif has brought to this place a model devised by the NGO Ruwwad al-Tanmiya. She has also set up and manages its Lebanese branch. The principle: finance the school fees of students who can’t afford to pay them. In exchange, the young people must do four hours a week of voluntary work for the local community, on educational projects or to support women’s autonomy and empowerment.

While Sarah Al-Charif believes in young people, she also focuses on women. “In times of conflict, they’re the ones who support their families and the community, when men are at the front, imprisoned or injured.” This is why it is important to assist them with their projects for economic activities. In 2014, Ruwwad Lebanon launched a community kitchen “bringing women together from the two communities for collective cooking.”

This social enterprise has created about 20 jobs and trained over 500 women. After two years of activity, it generates income that pays students’ school fees. “This kitchen empowers women, gives them financial independence and facilitates education in families. At the end of the day, it allows them to follow their dreams,” says Sarah Al-Charif. Mission accomplished.

To address the scourge of sexual violence during conflicts, Dorothée Gandia, a nurse in the Central African Republic, has specialized in holistic care for victims (meaning in a comprehensive manner). With a 20-year career, the last 4 spent at the China-Central African Friendship University Hospital in Bangui (Central African Republic), this committed health professional has treated and delivered the babies of thousands of women. But due to the conflicts in the country for several decades, this nurse specialized in maternal and infant health care has had to treat the darker sides of her patients’ health: the ravages of rape as a weapon of war.

“Many women suffer from anxiety, depression or post-traumatic stress,” says Dorothée Gandia. “They are sometimes stigmatized or rejected by their families or the community. The victims hesitate to seek help as the services don’t always exist. The rapists are rarely punished. In the majority of cases, the women are simply abandoned to their fate.”

In 2017, the Friendship Hospital launched the “Nengo” (meaning “dignity”) project, with the creation of a one-stop center for victims of sexual and gender-based violence. The Nengo project is a consortium project financed by Agence Française de Développement (AFD) and created by four partners: the Pierre Fabre Foundation, the Francophone Institute for Justice and Democracy, the Panzi Foundation DRC and the Dr. Denis Mukwege Foundation. This model has already been implemented in Bukavu in the Democratic Republic of Congo and provides medical, psychological, legal and socioeconomic assistance.

In 2020, Dorothée Gandia trained in this holistic care. “I feel stronger and more at ease now,” she says. Better equipped to fight alongside these women. Her role: receive the seven to ten victims who come to the one-stop center in Bangui on an average day, refer them and assist them throughout their path. Women are also fully involved in this work via the victim-based approach. “We don’t work ‘for’ but ‘with’ people, to make them actors,” says the nurse. The objective is to “allow these survivors to continue to lead a full life despite the violence. We do our utmost to provide safety for the victims and bring them peace.”


Aïssata Sankara – “My combat: do my job” 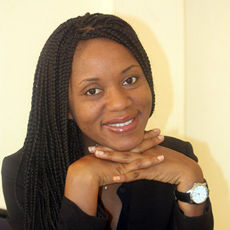 The Burkinabe journalist Aïssata Sankara wants to improve the representation of women in the media and facilitate access to information. And this despite the security problems in certain Sahel areas.
“I make it a point to ensure women’s voices are heard.” Aïssata Sankara’s words, spoken in a confident and serious tone, sound like a mantra.

The freelance journalist, who began her career in television, wants to encourage women to be both behind the camera, as journalists, and in front of it, as experts. In both cases, there are very few of them in Burkina Faso: “When they are given a voice, it’s as victims or to speak about education or the family. And in the newsrooms, only 25% of journalists are women.”

Aïssata Sankara believes that a “tailored approach” can change things. “We need to promote the voices of these women, encourage them. They aren’t used to speaking outside the walls of their homes.”

“Youth Time”
She takes and gives this voice. Being a woman journalist in this region plagued with terrorism is difficult, to say the least. “Some areas in the Sahel are too dangerous. Some subjects are off limits,” she says. Addressing them means being exposed to threats. But the journalist refuses to give up: “My combat is to continue to do my job and defend a journalism that everyone can identify with.” Driven by this ambition, she takes part in programs broadcast on “Jeunes Wakat” (Youth Time), a radio program for 15 to 35 year-olds, where she ensures that “gender is taken into account when issues are addressed.”

The program is broadcast by about 30 stations in several local languages. It addresses issues that affect young people, including the most taboo ones, such as excision and early marriages. Not directly, but by addressing the issue through health, for example. “It’s more subtle, it allows young people to think for themselves,” says the reporter. It’s a question of approach.


Catherine Bonnaud – “We need to focus on education” 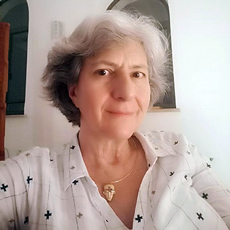 Catherine Bonnaud, who has been working at AFD for nearly 15 years, has just been appointed Director for the Middle East region. To change things, she believes in building the women leaders of tomorrow.

Catherine Bonnaud admired her grandmother, who was a lawyer and adventurer. One day she said to her granddaughter: “Make sure that nothing holds you back in life.” She has clearly followed this advice. Both her qualifications (medicine, public health, business and management, statistics, geopolitics in the Middle East) and career path are remarkable.

Catherine Bonnaud has worked as a clinical doctor in France and several African countries and on public health missions for the Ministry of Foreign Affairs. She joined AFD in 2006, where she has held various positions related to public health and development. After seven years as Director of AFD’s office in Cotonou then in Jerusalem, she has just been appointed Director for the Middle East region.

She champions the cause of women, who are “still too invisible.” An example: toilets for girls and sanitary products for emergencies are rarely provided for in schools across the region, yet they are essential for schooling. But profound societal changes take a long time to happen. And there are many barriers: the weight of 4,000 years of history, as a woman participant hammers home to her about the role of women in development during a conference at Al-Azhar University (Egypt). So, she advocates for the small steps policy.

How to change things? Certainly not by using ready-made Western cultural principles. Catherine Bonnaud believes that while we need to continue to impose parity in project management committees and involve women in decision-making, we also need to pay special attention to their specific needs. And, especially, focus on education as an empowerment tool to build women leaders in the Middle East: “They are the ones who will change things tomorrow.”