© Steve Miller / Flickr
It’s a potentially groundbreaking combination: AI and biodiversity. And it’s being explored by the major players in their respective fields. Agence Française de Développement and the French National Research Agency have teamed up to launch the “IA-Biodiv Challenge” with Expertise France. Its goal: to advance research in artificial intelligence, to make it work for biodiversity. To find out more, we interviewed Kamal Dadi, from AFD’s Innovation team. 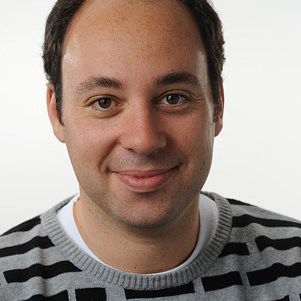 What is this scientific challenge all about?

Kamal Dadi: The IA-Biodiv Challenge seeks to make advances in artificial intelligence (AI) research. More specifically, we want to overcome the scientific obstacles normally encountered, so we can design innovative predictive models and optimize AI methods for biodiversity research. The objective is to make our research results operational – and useful for public policies and the private sector.

Five teams of researchers will be selected from August 31: three French teams and two mixed French and African teams. They will undertake a four-year research project led by an operational consortium made up three French institutions: the National Biodiversity Data Center (PNDB), which is a subsidiary of the National Museum of Natural History; the National Metrology and Testing Laboratory (LNE); and the Foundation for Biodiversity Research (FRB) .

Underlying this is is the urgent need to produce scientific findings to bolster sustainable progress and to use technology where it can be most useful. Indeed, improving predictive models and algorithms will help ecologists extract meaningful knowledge from the massive amounts of data available.

A public research body, a private entity and a public development bank - that’s quite the team!

KD: Each of the players is a model of excellence in its field. Conceived and co-financed by AFD and the French National Research Agency, the project has also received a donation from Facebook Artificial Intelligence Research (FAIR), an AI laboratory. It has also benefited from technical assistance provided by Expertise France, which makes possible the financing and support of African consortia, whose needs are very specific.

We’ve developed a real process of shared innovation over the last two years, because we’re convinced that a multidisciplinary approach is the right way forward. It has become crucial to innovate in the same way science is created.

I should also note that we’ve adopted an open-source approach, so we’re not after proprietary patents and we’re working for the public interest. This challenge will help us experience what, in scientific lingo, we call a “rise in TRL (technology readiness level)”, meaning reaching technological maturity. In other words, we’ll learn how to move swiftly towards making our scientific research results operational.

What difficulties do researchers working on biodiversity face?

KD: The Intergovernmental Panel on Climate Change (IPCC) reports and the recent conclusions of the Intergovernmental Science-Policy Platform on Biodiversity and Ecosystem Services are unequivocal on the current state of biodiversity and the challenges we face in trying to save it. For example, we now know there’s a correlation between a country’s growth rate and its natural capital. In fact, 50% of global GDP depends on natural capital. We’re now aware of the dependencies involved, and the main bodies responsable for taking them into account in financial regulation.

We can also see how biodiversity is often a subordinate issue in sustainable development policies and strategies of international organizations. There are several reasons for this. The only precise and “intuitive” way to measure impact on biodiversity is the carbon balance. But we still don’t know enough about the impact of climate change, and we still lack a viable tool to measure it on a broad scale. Moreover, the databases that would enable study into this issue are still incomplete and take a long time to update.

For example, we know that nearly 95% of the oceans remain unexplored and that scientists have described only 1.5 million of the estimated 10 million living species on Earth. We know very little about the interactions among these species or with humans, and likewise very little about future impacts of climate change on their evolution.

Moreover, the biodiversity component is closely linked to several things: quality of air, water, and soil; artificialization of soil; choice of crops; the lighting in our cities. That’s why biodiversity should be treated as a cross-cutting issue and not as a compartmentalized subject.

What can artificial intelligence contribute to biodiversity research? The two fields can seem quite distinct, even distant.

KD: The two fields can each help each other out! Artificial intelligence is already being used to make progress in the current research on biodiversity, for example on modelling and managing huge masses of data and seeking multiple possible solutions.

Artificial intelligence has an essential role to play: it can save researchers time, provide answers when analyzing complex behaviors, and help in estimating and understanding the evolution of plant and animal life. It does so thanks to data from collective observations combined with other factors, such as weather and pollution. Biodiversity is a major challenge for humanity in the 21st century. Sophisticated analyses are needed to chart the impact of climate change and the consequences for biodiversity.

See the webinar below dedicated to the IA-Biodiv challenge. 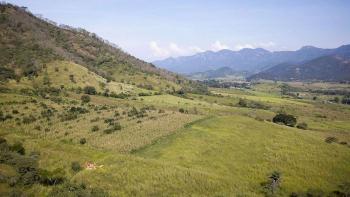