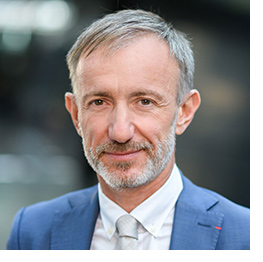 This was the UN’s first summit on biodiversity at the General Assembly. How important is it?

Gilles Kleitz: This event aims to rally support for the protection of biodiversity on an unprecedented scale. Some 60 heads of state and government leaders have just pledged to do everything possible to reverse the increasing loss of biodiversity, by 2030.

Ecosystems that have a positive impact on our lives are currently being destroyed. We risk to one day find ourselves with land that can no longer be cultivated, forests that have been destroyed, oceans that are emptied of any fish safe to eat, and river basins that no longer provide us with fresh drinking water.

In January 2020, the World Economic Forum estimated that half of global economic activity is directly dependent on the health of its ecosystems. Yet, the environmental toll of our activities is not taken into account in measuring economies, budgets and wealth. The challenge we face today is to transform the global economy into one that prizes nature, and which actively contributes to the conservation of ecosystems and increases their resilience.

Merely investing 1% of global GDP in biosphere conservation may prove sufficient if we make major changes to improve economic equity and regulations. At present, only 0.1% of global GDP is invested in repaying the planet’s generosity. The measures currently taken are not necessarily ineffective, they’re just woefully inadequate. All stakeholders must play their part in the conservation of ecosystems.

Europe has taken somewhat of a leadership role. Only Europe, along with France and the United Kingdom, has put forward a post-Covid recovery plan, which includes climate change and biodiversity objectives. It is our hope that the UN General Assembly will encourage large emerging countries, such as Brazil, to join this movement. We do not expect immediate success, the idea is instead to build momentum, and rally support that will eventually turn into a general movement.

In Addition to This Summit, Has Any Other Progress Been Made to Protect Biodiversity at An International Level?

Numerous initiatives are being launched at the moment. HSBC, for example, has declared its intention to set up the largest-ever investment fund for a pro-nature economy. More than 550 major corporations have also just committed to a plan to reduce their ecological footprint by 2030. A Task Force on Nature-Related Financial Disclosures (TNFD) is also being set up, in collaboration with around 60 highly-diverse public and private stakeholders, such as Axa, E&Y, Yes Banks, the World Bank and AFD.

These initiatives were set to be included in the international agenda at the end of 2020, between the congress of the International Union for Conservation of Nature (UICN), the COP15 to the Convention on Biological Diversity in Kunming, China, and the COP26 Conference on Climate Change. All of these events have now been postponed until 2021. At the moment, this agenda is very much subject to change. A One Planet Summit on biodiversity is still scheduled to take place in January. The Finance in Common Summit, a meeting of public development banks, scheduled from November 10 to 12 during the Paris Peace Forum, will also focus on the issues of climate change, biodiversity and the Sustainable Development Goals (SDGs) in general.

What Is AFD Doing to Support This Cause?

Financing the protection of ecosystems is a priority. For example, within the TNFD, we are developing guidelines for estimating the ecological footprint of financial sector investments, so that stakeholders can make better assessments of the risks to which their businesses are exposed.
We are also in the process of integrating our climate change and biodiversity financing projects. The goal is for AFD to invest 30% of its climate change financing in initiatives with multiple biodiversity benefits and nature-based solutions, by 2020. As a result, we hope to lead the way for other development banks.

In 2019, AFD invested €457 million in global biodiversity. In 2020, this sum is expected to exceed €530 million. This year, we are supporting an innovative program to protect the Amazon rain forest and sustainable agriculture, TerrAmaz, as well as a project aiming to restore vital ecosystems for communities bordering the Indian Ocean. We are also launching a €1 billion initiative to back climate change-resilient agro-ecology and rural development in the Greater Sahel region. The purpose of this program is to promote the development of nature-based solutions and green value chains.