© Kiara Worth / UN Climate Change / Flickr
COP27 in Sharm el-Sheikh, Egypt ends on 18 November. The event was an occasion for AFD Group to present its continuing commitments to climate action and biodiversity protection around the world.

Since the Paris Agreement, AFD has mobilized €30 billion for the climate. In 2021, AFD provided €6 billion of climate finance, double the amount compared to 2015, including €1.8 billion for Africa. This financing illustrates France’s substantial part in the effort to achieve the objective of $100 billion a year to help countries of the Global South tackle climate change.

AFD Group has been given a positive assessment by the independent think tank E3G for its Paris alignment. It has been recognized as a pioneer and leader on the issue by donors, through its sustainable development analysis mechanism, its rigorous climate accounting methodologies and its energy strategy 100% focused on the energy transition and renewable energies.

At COP27, AFD released a position paper on the Paris alignment of operations with financial institutions. On the sidelines, AFD aims to improve its practices beyond a project approach, by supporting partner financial institutions on their own alignment journey. The objective is to accelerate the transformation of financial systems and the real economy, in accordance with Article 2.1c of the Paris Agreement.

Since the Paris Agreement, AFD has committed €10 billion for adaptation to the adverse impacts of climate change. Out of the €6 billion of climate finance in 2021, AFD devoted a third of its financing to adaptation (€2 billion).

During COP27, AFD has announced several projects and partnerships on adaptation:

The EU (DG Near) has announced €6 million of additional support for Mediterranean countries. This phase will also be part of the Team Europe Initiative (TEI) for adaptation and resilience, launched at COP27.

Further reading: AFD at COP27: Building Sustainable and Just Development for All

In terms of losses and damage, AFD will implement France’s commitment to contribute to the Global Shield Against Climate Risks. €20 million will be mobilized as of 2023 to reinforce climate risk financing and insurance solutions. This commitment is a sign of France and AFD’s proactive stance in developing innovative insurance mechanisms for some of the most vulnerable countries to the impacts of climate change.

Partnerships for the just transition

AFD is assisting its partners in the forging of long-term low-carbon trajectories. In 2021, it helped with the formulation of the long-term strategies of Ethiopia and Vanuatu, a key stage for achieving the carbon neutrality target by 2050.

AFD supports the statement, signed by France, Germany, the USA, Japan, Canada, Denmark, Italy, Norway, the United Kingdom and the European Commission with Indonesia at the G20 in Bali, to assist the country in its transition towards a decarbonized economy with a carbon neutrality target for its electricity sector by 2050.

The political declaration signed by South Africa, in partnership with France, Germany, the United Kingdom, the US and the European Union, to facilitate its just energy transition (JET-P) was one of the successes of COP26 in Glasgow. At COP27, AFD is implementing France’s commitment by signing the first policy-based financing (€300 million out of the total pledge of €1 billion).

This financing will facilitate efforts to enact the reforms needed to meet climate commitments, reduce inequalities and restructure the electricity sector. This announcement demonstrates that one year after the signing of the declaration, the partnership is delivering concrete results and effective financing.

AFD is also a key partner for Rwanda’s sustainable finance roadmap. It is contributing €20 million to Ireme Invest, a facility that supports private sector green investments, implemented by the Rwanda Green Fund (Fonerwa) and the Development Bank of Rwanda (BRD) alongside other donors.

As part of the process to update its Nationally Determined Contribution (NDC) and its climate strategy for 2050, Egypt, the host country, launched the NWFE (Nexus of Water, Food & Energy) platform on 9 November. During the launch ceremony, in the presence of the Egyptian Prime Minister, France announced the mobilization of €100 million of concessional loans, via AFD, for the NWFE energy pillar. It also reiterated Proparco’s interest in supporting private sector investments in renewable energies.

The ceremony was also an opportunity for AFD to sign agreements with the Egyptian State for a total of some €300 million to support low-carbon public transport projects, sanitation, the deployment of climate finance and green hydrogen. In addition, AFD has signed and launched the Finance in Common program with the three main Egyptian banks (National Bank of Egypt, Banque Misr, Banque du Caire), which are among the largest African banks, for a total amount of over €153 million, with support from the EU.

Financing for biodiversity and climate-nature convergence

At the COP, AFD Group is presenting Nature+ finance tools, which use a new accounting method for biodiversity finance and the consideration of risks (impacts and dependance) for each project.

Further reading: With a Fifth of the World’s Mangroves, Indonesia is Boosting its Blue Carbon Strategy

In addition, AFD will be working on finding the best solutions to protect critical areas for the climate and biodiversity (old growth forests, peatlands and mangroves), in particular in the context of the Positive Conservation Partnerships (PCP) announced by the French President. 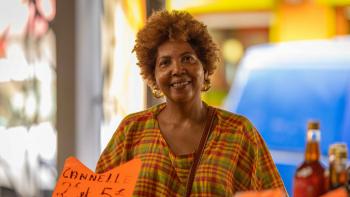 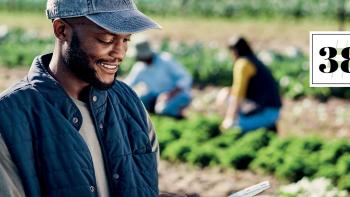