© Ammar Abd Rabbo
The massive explosions at Beirut’s port on August 4, which killed more than 200 people and injured thousands, are the latest in a series of tragic events to strike a country mired in crisis. AFD has responded to the catastrophe with additional assistance as part of France’s effort to coordinate international aid, both for the emergency and for the long term. 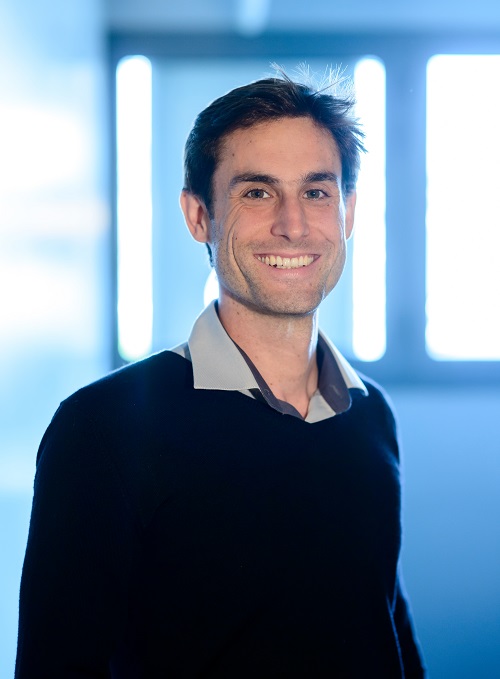 How is AFD responding to the aftermath of the deadly explosions?

Olivier Ray: Immediately after the blast, there was huge wave of international solidarity for Lebanon. The French embassy received spontaneous offers of help from French hospitals, companies, municipalities, NGOs – demonstrating once again the strength of the Franco-Lebanese relationship. The French government sent a significant amount of immediate relief for search and rescue teams and basic humanitarian aid.

AFD launched an innovative scheme with Fondation de France: for every €1 raised, AFD would match that, doubling the amount raised in donations, up to a total of €1 million. The appeal is so successful that AFD doubled that amount to €2 million. All this money will go to French and local NGOs active on the ground.

Today, we are working not only to build on humanitarian efforts towards longer-term recovery but also to “build back better,” to use this recovery stage as an opportunity to do things differently, to build infrastructure that is safer, more inclusive and more sustainable.

Houses must be built in such a way as to resist future catastrophes and natural disasters. Poorer areas should benefit from improved infrastructure, better quality homes and improved public spaces where different communities interact.

Thanks to the Minka Peace and Resilience Fund and its Middle East Initiative, AFD has developed relationships with a number of local and international NGOs. For aid to be delivered quickly and effectively it was clear that we had to channel funds to local organizations that are the first to respond in a crisis, and are most knowledgeable of the areas and the communities we want to help.

French President Emmanuel Macron was the first foreign leader to visit the country.

Yes, immediately after the explosion, President Macron came to express the solidarity of the French people to the Lebanese population, and he initiated the coordination of international aid to Lebanon. The President is expected to come back to Beirut in early September to follow-up on relief efforts and on his frank dialogue with the various Lebanese stakeholders.

The President organized and presided over an international donors’ conference just 5 days after the dramatic events, where more than €250 million in international funding – including AFD financing – was pledged for the immediate humanitarian and recovery effort. France’s contribution will be about €30 million, the greater part of which will be handled by AFD.

Since the very day after the explosion, when we cleared broken glass and metal from our offices, AFD teams have been working day and night, hand in hand with French embassy staff and our NGO partners in the field, to identify people’s most pressing needs. We are also engaged with the United Nations and the World Bank in a post-disaster needs assessment to identify the needs for recovery beyond the short-term humanitarian phase.

You have launched a three-stage response. What does it consist of?

In “Phase Zero,” we are accelerating the distribution of funds to ensure that our partners who are responding on the ground have the necessary funding available, particularly for the immediate response. In this phase, €5 million in funding will be immediately available in our existing programs, covering physical and mental health needs, as well as food security.

Phase One consists of making new funding available in the form of top-ups to existing programs, and to enable our NGO partners to implement additional projects, specifically targeting the consequences of the explosion and the most vulnerable populations affected.

More than €15 million in new grants will be invested, and will be aimed in particular at people who have been injured by the blast and left disabled. Funds will also go to education and livelihoods, namely to boost basic incomes and the rebuilding and restoration of housing.

In early 2021 we’ll be able to start new and more ambitious projects with new partners on critical issues such as food security. Food security was already an issue before the explosion due to the economic and financial crisis. Now the situation is critical, because Lebanon’s strategic grain stocks were lost when the port was destroyed.

How do we make sure the aid is well spent?

AFD is doubly accountable, to both Lebanese people and French taxpayers. We have the highest standards in terms of monitoring this aid to ensure it has the greatest impact: each project undergoes external audits as well as ex-post evaluations. Increasingly, we are introducing “real-time evaluations” to adjust the programs in real time, based on objective information from the field. The idea is to react to fresh information from our teams on the ground as the project unfolds, in what has become a fluid environment.  In situations like this, it’s crucial for donors to be as agile as possible. In recent years, AFD has revamped its procedures to be able to adapt to rapidly changing realities in the field. These efforts make a crucial difference in contexts such as this.

Lebanon has gone through crises and even long phases without a government in the past. In such tumultuous periods, AFD continues to carry out its development mission, working with trusted partners and international organizations like the International Committee for the Red Cross (ICRC) and UNRWA to continue delivering essential services to the most vulnerable. We are particularly proud of the work undertaken with ICRC teams and Rafik Hariri University Hospital: together, we are ensuring that this public hospital offers affordable quality care to Lebanon’s most vulnerable, irrespective of nationality or social status. The hospital plays a key role in Lebanon’s response to the Covid pandemic, which is sadly again on the rise.

Lebanon has long been mired in crisis. Why?

An unsustainable development model has been applied for a number of years: to stay afloat, the economic model presupposed continued growth in inflows of foreign exchange. Yet it is impossible to maintain such a rate over the long term.

Over the past year, the economic crisis has brought this impasse to light: there are no longer enough dollars in the economy and this has dramatic consequences on all Lebanese people. People who were just getting by before the crisis are now falling into extreme poverty, with a real risk of food insecurity. The middle class is also shrinking and inequality is generally rising.

From an environmental point of view, we are also heading straight for disaster with groundwater pollution, uncontrolled urbanization, the lack of wastewater treatment plants and the air pollution caused by power generators.

The CEDRE conference held in Paris in April 2018 was a last-ditch attempt to avoid the iceberg of the financial crisis and the impending recourse to the IMF. The objective was not so much about achieving the benefits of Keynesian stimulus through investments, but structural reforms of the conditional terms for these investments – the only way to avoid collapse. It is clear that it was a missed opportunity. Lebanon had been teetering on the edge of the abyss for a decade and ended up falling into it.

What are AFD’s priorities now?

Our top priority is to continue to help the most vulnerable, mainly via the Minka Peace and Resilience Fund. Through this tool, AFD has committed between €30 million and €40 million in the past few years to coordinate humanitarian and development assistance in the fields of education, vocational training, health, access to water, disaster risk reduction, capacity building for Lebanese NGOs and rural development.

Another priority component is to protect development gains. In times of crisis, when public authorities lose ground, it is essential to ensure there is a minimum flow of financing towards certain essential services to prevent the public service from collapsing, which would have long-term consequences.

With funds delegated by the European Commission, AFD’s teams are assisting the Ministry and water companies with the management of the water and sanitation service to prevent the infrastructure financed during the previous phases from deteriorating due to a lack of maintenance.

France also has strong connections with certain projects, such as the campus of the National Conservatory of Arts and Crafts (CNAM) in Beirut or sanitation in the Qadisha Valley. The teams are working to ensure they reach completion.

What kind of post-crisis future can be envisioned?

It is precisely in times of crisis that the impasse tied to the current model allows the country’s intellectuals, civil society and youth to envision a transition to a different world. With the Embassy, AFD has initiated a “Public Policy Dialogue” (PPD) on the environmental transition, a forum for dialogue and input from research. It may be followed by a PPD on the economic and social transitions to help Lebanon devise a new economic model and social policies.

France must also support the reformers who are fighting to improve the country’s governance. This is why AFD is assisting the modernization of public procurement and cadastral reform – two essential areas for the fight against corruption. The teams and the Ministry of Justice are exploring partnerships to support the independence of the judiciary and improve its efficiency. 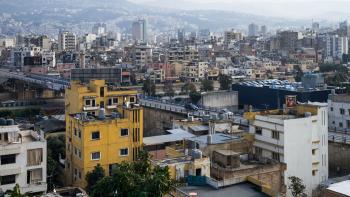