© AFD
An estimated 8 million tons of plastic waste enter the oceans every year. The Clean Oceans Initiative was launched in October 2018 by the European Investment Bank together with the French and German development banks — Agence Française de Développement (AFD) and KfW — with the objective of financing €2 billion in projects that reduce plastic waste by the end of 2023.
Download the Brochure

Some 8 million tons of plastic waste flow into the oceans every year. The billions of facemasks and gloves used during the coronavirus pandemic are making the problem worse. This pollution threatens estuaries, coral reefs, fish and millions of families that rely on the oceans.

Most of the plastics in the oceans come from waste thrown on the ground or washed into rivers. Fast population growth in many cities around the world is increasing plastic pollution.

Two billion people around the globe lack adequate waste collection systems to capture these plastics before they reach the water. Better wastewater treatment and storm water management in many developing countries would stop some of the 1.5 million tons of microplastics that end up in oceans every year.

Yet, oceans provide countless benefits to people and the planet, such as food, medicines, renewable energy and natural resources. The value of goods and services produced by marine and coastal resources is estimated at €2.5 trillion a year.

Keeping the oceans clean is crucial for sustainable development and the reduction of poverty. The oceans provide billions of people with an income and a healthy diet. Oceans are also important for the climate. They absorb about 30% of the planet’s carbon dioxide, buffering the impact of global warming.

The Clean Oceans Initiative is identifying projects that can stop plastic waste from entering rivers and seas and from being disposed of on the ground. The initiative focuses on the management of waste, wastewater and storm water globally, particularly on riverine and coastal areas located in Africa, Asia and Latin America.

To be eligible, projects need to demonstrate efficient and effective ways of reducing plastic waste or the discharge of microplastics.

The initiative was launched in October 2018 by the European Investment Bank together with the French and German development banks — Agence Française de Développement (AFD) and KfW — with the objective of financing €2 billion in projects that reduce plastic waste by the end of 2023. We achieved more than 80% of this goal at the beginning of 2022, with projects that will benefit more than 20 million people living in Africa, Asia, Latin America and Europe.

In October 2020, the founding members of the Clean Oceans Initiative welcomed the Cassa Depositi e Prestiti (CDP), the Italian national promotional institution and financial institution for development cooperation, and the Instituto de Crédito Oficial (ICO), the Spanish promotional bank, as new partners to contribute to the protection of our oceans and seas under this joint initiative.

At the One Ocean Summit in February 2022, the European Bank for Reconstruction and Development (EBRD) became the sixth member of the Clean Oceans Initiative, and it was announced that the funding target would be raised to €4 billion by the end of 2025.

The lack of regular collection and disposal of household, agricultural or industrial waste is one of the main causes of ocean and coastal pollution. This waste is neither treated, nor buried, nor burned, nor recycled, and transforms the rivers, then the oceans, into open dumps.

This is the chief challenge that the Clean Oceans Initiative aims to tackle, by supporting projects that clean up rivers and coastal towns, and collect, sort and treat waste – before it reaches the sea.

The objectives of the Initiative thus include the following:

Cotonou, the economic capital of Benin, is located on a coastal strip between Lake Nokoué and the Atlantic Ocean, and is home to about 10% of the country’s population. In 2010, heavy rainfall in Benin caused widespread flooding, resulting in major damage and financial losses. Heavy rain has continued to hit the area, and significant amounts of plastics and other waste are being discharged into Lake Nokoué and the Gulf of Guinea through open drains.

The EIB signed a €50 million loan to help Cotonou improve storm water management and protect the city from cyclical floods. The project will upgrade storm water drainage to catch plastic waste and improve the coastal areas. It will reduce flooding around houses and decrease the stagnation of rainwater in urban areas. This will help 187,000 people in and around Cotonou and reduce plastic and other pollution in the Gulf of Guinea.

The Yangtze River in central China and its delta region are among the most polluted waterways in the world, and contribute in turn to the continuing pollution of the Pacific Ocean. The region’s economic growth in recent decades has come at a high environmental price. Water quality has deteriorated, air pollution has increased and the soil has been contaminated. Cities in the area will have to make great efforts to reduce the discharge of waste and wastewater.

The Green Urban Financing and Innovation Project is helping local governments improve sewerage services and the water supply in general. In support of this project, KfW, on behalf of the government of the Federal Republic of Germany, signed a €150 million loan to finance cities’ improvement projects. For the loan’s implementation, KfW joined forces with the World Bank, which signed an additional $200 million loan, in a joint effort to prevent pollutants entering the river and ocean in the first place. This approach gets to the root of the problem and it is expected that its financing structure will become a model for other green projects in the country.

Alexandria, located along the Mediterranean coast, is Egypt's second-largest city. Its wastewater treatment plant was built in the early 1990s and can no longer serve the population effectively. This has caused high levels of pollution, including microplastics, to enter the nearby Lake Mariout and the sea. Alexandria’s population growth makes it even more important to improve sanitation services.

The EIB signed a €120 million loan to help Alexandria improve the treatment of wastewater and upgrade the plant. The project will also reduce the amount of plastics that reach the sea. The project includes sludge treatment that will produce bio-gas and reduce the use of fossil fuels. The investment will benefit more than 1.5 million people.

Providing clean water to more than 4 million people and treating wastewater are big challenges in Cape Town. The ageing infrastructure cannot keep pace with rapid population growth. The coastal city in South Africa has 26 treatment plants, some dating back to the 1950s, and many of them operate inefficiently.

KfW approved an €80 million loan to help Cape Town improve and extend various municipal wastewater treatment plants as well as a €1.2 million grant for training and a €4.5 million grant for accompanying measures to support the city. The improvements will enable the city to use reclaimed water for irrigation or industrial sectors. The project will help Cape Town meet its growing water needs and make it easier to deal with droughts.

Wastewater management needs a lot of improvement in Sri Lanka. Only about 2.5% of the population is connected to sewers, mostly in the Colombo area.

Not only will this provide 44,500 people with better sanitation services. The project will also extend the area served by water treatment plants, which will reduce pollution and prevent large volumes of plastic waste from entering the Indian Ocean.

AFD is upgrading solid waste management services and significantly improving living conditions in Lomé, a large coastal city with a population of 1.4 million. The project is improving waste collection in many ways, including the construction of a landfill site that meets international standards.

The project has significantly reduced waste, including large amounts of plastic thrown into the streets and drainage channels of the city. This reduces the amount of waste reaching the ocean. 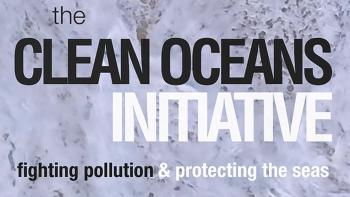 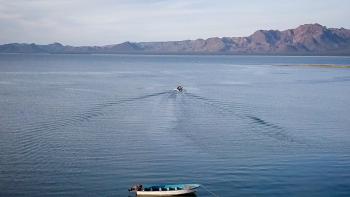 5 Reasons to (finally!) take care of the Oceans 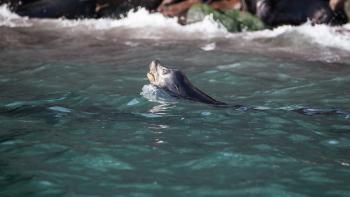 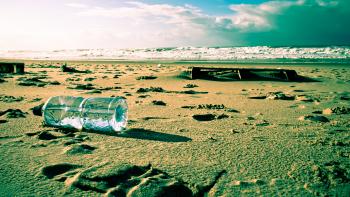 The Clean Oceans Initiative, One Year On 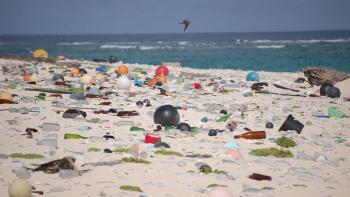 The war against plastic at sea: AFD is taking action